In April, I visited a murder mystery dinner theatre in Virginia. I had no idea what to expect going in, however the theme was ‘Murder at the High School Reunion.’ I envisioned a room set up with 1980s prom decor; a balloon arch with a Welcome banner, and tables with cheap plastic tablecloths, neon colored centerpieces and spiked fruit punch. Instead I walked into what appeared to be a senior citizens diner, was greeted by the diner hostess and taken back to a tiny side room so packed with tables, there was hardly enough room for standing. The place wasn’t even reserved for the event; there were regular diners just outside in the main dining room.

A lack of decorations mixed with a lack of audience participation and an awkward cast was not what I had hoped for. I couldn’t let that be my only experience in the murder mystery dinner theatre world. So I read up on St. Louis options and found that there are several with exciting locations and full audience participation. I read some reviews and ultimately chose Bissell Mansion.

Let’s start with the location. While this is a comedy murder mystery, providing a “spooky” location solely reserved for the event, definitely makes for a better experience. The Bissell Mansion is old, the lights flicker from time to time, and if you were walking around at night in the dark, you’d definitely get an eerie feeling. While this murder mystery show didn’t have a fake death happen during the show, that would definitely add to the excitement. The actors themselves from the Bissell Mansion are the lead characters and keep the show going smoothly, but are not suspects. They let the audience run the show and ultimately any one of them…even You…could truly be the murderer. 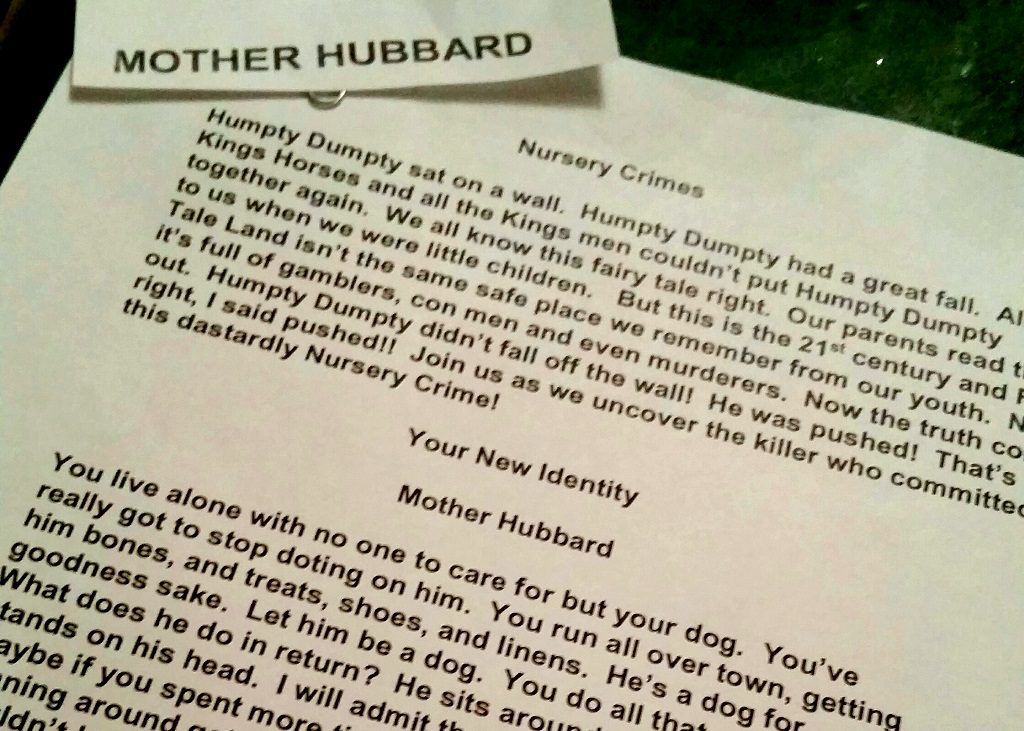 As for the food, it’s not the best but it’s plenty filling. They had appetizers at the beginning while people got to know each other and their characters. The appetizers: crab rangoon, jalepeño poppers, toasted ravs, and a veggie tray were my favorite part. I got a steak for dinner and asked for it medium rare. It came out medium rare, which was a pleasant surprise. The sides were ok, nothing to write about. Several people at my table ordered the chicken parmesan and it looked delicious. There was a cash bar, so technically alcohol is not included. However, they serve white wine throughout the dinner and while the website says 2 glasses included, my wine glass stayed full the entire night (at no additional cost). By the time dessert came around, I was completely full. Just don’t show up expecting a 5-star fine dining experience and you’ll enjoy yourself.

Now for the important part, the show. The show is hosted by comedian and longest running dinner theater actress in St. Louis, Delia Schindler and fellow play writer and actor, John Vullo. They write each of the shows themselves, changing the scripts for each show so no two are the same. Our show was on a Friday night. While “Nursery Crimes” is playing every weekend until July 2016, Delia and John told us we could come back the following night, play a new character with a new script and it would be a whole new show experience. That’s a lot of work and I admire them for their passion. I also admire them for their creativity. They give each character their own identity and you can really get into it if you’re feeling adventurous. Each guest received a sheet with their character name, description, and lines at the start of the show. You can get in character as little or as much as you want. There was Little Miss Mandy Muffet, the Hollywood Blvd hooker, Golda Lox, the Jewish Jersey business woman, Little Jack Horner the shady gambler, and many others. You can come in a large group (there was a birthday party group at my show) or by yourself; whatever you want. The fun accents, witty lines and ad-libbed sexual innuendos from Delia aka the Wicked Witch and John aka the Big Bad Wolf as well as the guest characters, made for a seriously entertaining and hilarious night. I have to give a shout out to my sister and my friend who played Golda Lox and The Godmother. They had so much fun with it, got in full character with accents and really rocked it. They were the two best characters in the show (not just my opinion, several people complimented them both during and after the show).

If I have any complaint, it would be that the room is small for the amount of people in it, similar to my first experience. I agree with previous reviewers that using more of the mansion would be an interesting touch. However, they do have each character stand up and come to the middle of the room when they are speaking so everyone can see and hear them and give them an opportunity to put their acting skills on display. Sadly, I did not guess who killed Humpty Dumpty correctly, but there were several people who did, including 2 people at my table (one being my friend), and it was an interesting plot twist.

I highly recommend checking out one of the murder mystery dinner theatres at Bissell Mansion. In August, the new program, CSI Bissell-who killed billionaire Seymour Butz, comes out. I might just be back to check it out. Also, look out for coupons in the paper. The BND had a $15 off coupon for our May show.

Have you been to any of the other local St. Louis Murder Mystery Dinner Theatres? Share your opinion and experience in the comments.