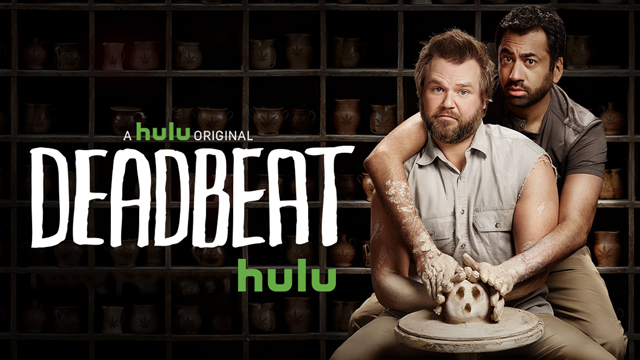 Deadbeat is now available to stream on Hulu.

Need something to stream on Netflix, Amazon or Hulu? ReaLifeSTL has a new suggestion for you each Friday. This week, we suggest you check out the comedy Deadbeat on Hulu if you haven’t already.

The third season of Deadbeat debuted on Hulu a couple weeks ago. 4/20 to be exact and yes, that is a marijuana reference. All of the episodes, from Season 1, Episode 1 to Season 3, Episode 13 are currently available for your enjoyment via Hulu Plus.

Tyler Labine plays Kevin Pacalioglu, a freelance “medium.” “Mediumship” is the practice of serving as the middle point of communication between a ghost and a living human. Pacalioglu’s job is to act as that medium and help a different ghost in each episode solve their issues so that they can move on. Brandon T. Jackson co-stars as Rufus “Roofie” Jones, Kevin’s friend and drug dealer.

Labine is a Canadian actor and comedian. He’s been various short-lived series such as Invasion, Reaper and Breaker High. Jackson is probably best known for playing Grover Underwood in the Percy Jackson films.

Deadbeat, a Hulu Original, originally premiered on April 9, 2014. The show has been widely praised. Labine’s character was called a “large, sloppy version of Haley Joel Osment’s character in The Sixth Sense” by Heather Newman in Forbes. Episodes of the show are under thirty minutes long, perfect for binge-watching.

Check out the original 1980’s horror trailer for season 1 of Deadbeat below.

And for those of you who have been watching the show faithfully, here’s the season 3 trailer.