St. Louis Blues: The Blues take on the San Jose Sharks at home this Thursday. All attendees who purchase tickets through the Scrubs Night promotion will receive a commemorative Blues Scrub top. The Blues play at home on Saturday as well against the Minnesota Wild.

Mayor’s Mardi Gras Ball: Hosted by the Mardi Gras Foundation, this black-tie gala featuring food, cocktails, dancing, and spectacular entertainment is one of the year’s most anticipated social events. Proceeds benefit the Mardi Gras Foundation, which has made community grants to improve Soulard and downtown since 2003. Funky Butt Brass Band will get the party started and Dirty Muggs will rock the house. GA tickets are $150 per person and include valet parking, open bar, dinner, dessert, and dancing.

Hot Country Nights: Get ready to get your country on with Pat Green & Josh Abbott Band performing live on the FOX Sports Midwest Live! stage as Ballpark Village continues their 92.3 WIL HOT COUNTRY NIGHTS Presented by FORD series. Look for Chris Janson, Joe Nichols, and Billy Currington to come in future weeks. Tickets are $11 in advance and $15 the day of.

Mardi Gras Grand Parade and Block Party: The Midwest’s largest and most spectacular pre-Lenten celebration. The parade begins just south of Busch Stadium and winds through the streets of Downtown South and Soulard to the Anheuser-Busch Brewery. Krewes from over 100 floats will toss over 10,000,000 strands of beads and other sought-after goodies to celebratory masses gathered along the route. After the parade, stick around to enjoy entertainment including the Bud Light Block Party with live music from Funky Butt Brass Band, the High Heel Drag Race, and a giant post-parade street party and celebration held throughout Soulard.

Heart & Soul: Join us for a night out to celebrate Heart Month benefiting the children and families served by the Dorothy and Larry Dallas Heart Center at SSM Health Cardinal Glennon Children’s Hospital! This heart-filled evening will feature an unforgettable dueling piano performance by Howl2Go, an auction you won’t want to miss, a jewelry pull compliments of Kendra Scott, and culinary delights created by Executive Chef Nick Miller. Proceeds support pediatric heart care for patients at Cardinal Glennon Children’s Hospital.

Disney Live! Mickey and Minnie’s Doorway to Magic: Open the door to reveal mesmerizing worlds of unforgettable Disney moments and grand illusions, presented by Stonyfield YoKids Organic Yogurt. Join Mickey Mouse, Minnie Mouse and the comical duo of Donald and Goofy as 25 of your favorite Disney characters surprise and captivate at every turn of the knob. With special appearances by Snow White, Tinker Bell and Aladdin’s Genie, you never know what to expect or who might join in the fun. Tickets start at $18.

Big Game Bash: Watch Cam Newton take on Peyton Manning at Ballpark Village. It’s going to be an awesome football game! Ballpark Village is hosting a game watching events which includes contests, live music, and giveaways all centered around their 1200 square foot TV wall. GA Tickets are $10 and include a complimentary rally towel. Or purchase an All Inclusive Ticket for $35 which includes a premium well drink package beginning 1-hour before game and ends at the conclusion of 3rd quarter. 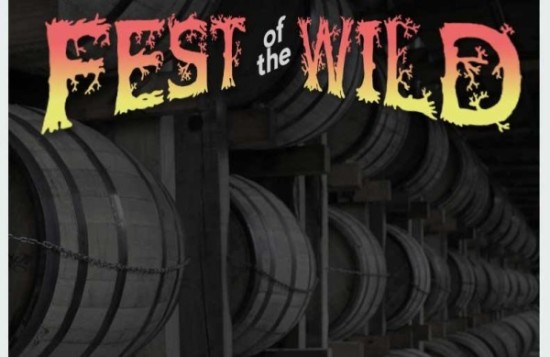 Fest of the Wild: Join us for a special day of samplings and special tappings of some of our FAVORITE wild beers. Tappings include: Tilquin Gueuze, Jolly Pumpkin Rozilla, Stillwater Gose Gone Wild, Boulevard / Ommegang / Leifman’s, and more. Expect special presentations from our friends at Perennial & others. This is a free event with beer available for sampling and to purchase.

Botanical Garden Orchid Show: The annual Orchid Show offers visitors a once-a-year opportunity to see a rotating display of hundreds of orchids from the Garden’s expansive permanent living collection amid a tropical oasis inside the Orthwein Floral Display Hall. The Garden’s extensive orchid collection includes more than 7,000 individual orchid plants representing approximately 280 genera and more than 2,500 unique orchid taxa. Go behind the scenes to see how Garden horticulture staff and volunteers create the Orchid Show each year. Admission is $5 per person (ages 3 and up) in addition to regular Garden admission.

9th Annual Africa World Documentary Film Festival: The Africa World Documentary Film Festival (AWDFF) is sponsored by the E. Desmond Lee Professorship in African/African American Studies, Studies International studies and Program, and University of Missouri-St. Louis. The AWDFF has as its objective the promotion of knowledge and culture of the people of Africa, in a Pan-African context. This year, the festival will present 35 films submitted by filmmakers from all over the world. The History Museum will showcase: The March and Freedom 1963 by Davon Johnson (USA), China Remix by Melissa Lefkowitz, Dorian Carli-Jones, Ror by Natalie Cunningham (South Sudan, Australia), Performance and Q & A Session with Ror Akot, a young Australian based South Sudanese rapper & the main character of the documentary ‘Ror.’, Mully by Scott Haze (Kenya), Ferguson Documented: In 36 Hours by Carla Usher (USA), Discussion and Q & A with Bobby J. Brown, director of “Tear the Roof Off:” The Untold Story of Parliament Funkadelic as well as Jerome ‘Big Foot’ Brailey and Billy ‘Bass’ Nelson, original members of Parliament Funkadelic and 1997 Rock and Roll Hall of Fame inductees, and much more.

February Dine Out: Every first Thursday of the month, St. Louis foodies can join the Green Dining Alliance at a featured GDA-certified restaurant for a Dine Out. We like to call it a “Buycott.” Dine Outs are how you can show support for the businesses that share your values by doing something we all love – breaking bread with friends and family. By directing your dining dollars toward green-certified restaurants, you are supporting sustainability.

Arctic Cat Nitro Arenacross Tour: What started as a grass roots effort to give MX racers a place to expand their skills indoors to get away from the harsh winters of the Midwest has organically grown into one of the largest Arenacross Tours in the United States. Racers from nine different states will roar into the Family Arena February 5th and 6th. There will be a FREE pre-party with America’s Got Talent Top 5 finalists and country music recording artist Jason Pritchett, plus our award winning INTRO Show with Lasers, Lights, and Fog. Enjoy watching freestyle backflipping in a UTV! See if Arctic Cat driver Jay Reynolds can successfully flip his UTV in St. Charles’ first Backflipping show, plus a FMX freestyle jump off with all the latest FMX tricks. Tickets are $18 Adult (Age 12 & up) $12 Child Age (2-11) in advance or $20 and $14 at the gate.

Mardi Gras Pub Crawl: Cottleville Corners & Pride St. Charles host Mardi Gras Pub Crawl! $5 donation gets you a wristband for drink specials and activities all night! There will be a Mardi Gras themed costume contest! Judging will take place at Se7en Cupcakes at 11pm. Se7en Cupcakes & Martini Bar will have Mardi Gras King Cake cupcakes! There will be one baby hidden in one of the cupcakes and the lucky person who finds it gets a prize! There will be 50/50 raffle. Drawing will take place at 11pm and the winner will be announced at all three locations at that time. Doubloon Hunt! Se7en, Exit 6, and Rack House will be hiding Doubloons. Find one and return to Exit 6 to claim a prize!

Comedy Night at SCC: Student Activities is hosting its popular Comedy Night in the Fine Arts Building Theatre. Comedian Paul Varghese of NBC’s Last Comic Standing, Showtime’s Russell Peters Presents, Comedy Central’s Live at Gotham and Stand-up Revolution, winner of the Funniest Comic in Texas Competition and the Laughing Skull Comedy Competition and Comedian Lafayette Wright, a favorite on the DC Comedy Scene, will be serving up the laughs. Tickets are $5 for SCC Students and $10 General Admission.