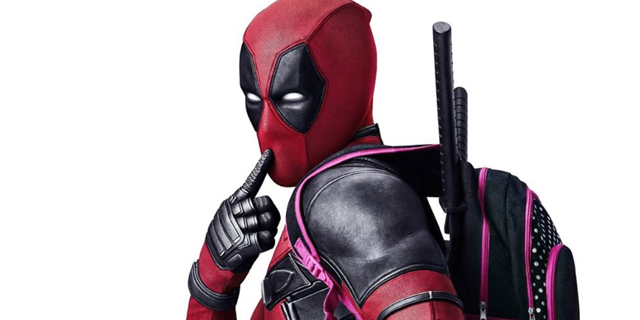 Deadpool brought in an estimated $135 million domestically and $260 million worldwide over the weekend, smashing estimates and records. The previous record for largest opening weekend for an R-rated movie was The Matrix Reloaded‘s $91.8 million back in 2003.

The other weekend debuts performed in line with expectations with How To Be Single bringing in an estimated $18.75 million and Zoolander 2 selling and estimated $15.65 million worth of tickets.

Be sure to check back to RealLifeSTL on Thursday for my Weekend Movie Guide. I’ll take a deeper look at the weekend box office numbers and look at the movies opening in theaters this weekend, Race, Risen and The Witch.

A pillar of the legal community passed away over the weekend as U.S. Supreme Court Justice Antonin Scalia was found dead at a Texas resort ranch. The owner of the Cibolo Creek Ranch in West Texas found Scalia’s body when he went to check on him after the Justice missed planned breakfast activities. Preliminary reports say Senior Associate Justice Antonin Scalia died of natural causes, likely a heart attack. He was 79.

President Obama will now be tasked with nominating a replacement for Scalia’s seat before he leaves office. Vox broke down who they think are the 7 strongest candidates.

Saturday Night Live touched on the controversy around Beyonce’s new single, “Formation”, with this sketch over the weekend titled “The Day Beyonce Turned Black”.

Kanye West released his latest album on Saturday night and unleashed the drama that seems to come with anything he does. West performed two songs from the album on Saturday Night Live and then announced that the album, The Life Of Pablo, was available for purchase on his website and Tidal.

To the surprise of no one, Tidal seems to have really botched the album’s release. According to a thread on Reddit. thousands of people bought the album through the service, but never got the link to download the album.

West actually debuted his album last Thursday at a fashion show in New York at Madison Square Garden. That’s when news broke that a line in one of his news songs, “Famous”, refers to Taylor Swift by saying “I feel like me and Taylor might still have sex…I made that bitch famous.” Kanye is of course referring to an incident from the 2009 MTV Video Music Awards when he interrupted her while she was accepting an award. West says that he talked to Taylor about the line before the album’s release, which Swift denies.

Kanye also made headlines by saying he’s $53 million in debt, which TMZ says is not accurate,  and by asking Facebook founder Mark Zuckerberg to invest $1 billion into his “ideas” because West considers himself the “greatest artist of all time”. West isn’t the greatest artists of all time, but he might be the most delusional and have the most inflated ego. He also tweeted that he’s down for Larry Page’s help too.

Kanye West took to Twitter this morning to address the statements he made about being in debt.

He assured any that’s worried about him that he can support his family.

And he reasoned why he needs other people to use their money to fund his ideas.

If I spent my money on my ideas I could not afford to take care of my family. I am in a place that so many artist end up.

The spectacle that is the Grammy Awards will take place tonight in Los Angeles. LL Cool J will host the event. Which Grammy nominees take home awards is largely an after-thought, except for talking about how many awards Taylor Swift takes home. What the attendees wore, what they said and what they performed will really be making the headlines tomorrow.

The event is scheduled to be packed with performances. Swift will open the show by performing a song off her 1989 album. All the big names will perform, such as Adele, Justin Bieber, Kendrick Lamar, The Weeknd, Tori Kelly, Carrie Underwood and Selena Gomez. The cast of the musical Hamilton won’t be in attendance, but will perform via simulcast. USA TODAY has 10 reasons to watch tonight’s telecast, which will also include a Lady Gaga tribute to David Bowie.

Two nominees who will not be in attendance tonight are Joey and Rory Feek. Joey, who is seemingly in her last days battling cancer, bought a ticket for her husband to attend the ceremony, but Rory wrote on his blog that he will be watching the ceremony from home with his wife. The pair are nominated in the Best Country Duo/Group Performance category.

Controversial University of Missouri-Columbia professor Melissa Click is back in the news as another video has surfaced featuring her.  The footage was recorded during last year’s Homecoming Parade in Columbia, before the other infamous protests on campus by the group. Johnathan Butler, who would later go on a “hunger strike” appears to be the leader of the parade protest. Click was with the group of protesters calling themselves Concerned Student 1950 as they stopped the parade to protest then-president Tom Wolfe. Click can be seen arguing with and cursing at police officers than were trying to clear protesters off the street.