A group of armed protesters including Ammon and Randy Bundy, sons of rancher Cliven Bundy, has taken over the headquarters building of the Malheur National Wildlife Refuge in Oregon. The militia, as they are being called, says they are protesting the plight of ranchers Dwight Hammod Jr. and Steven Hammond as well as other acts the federal government has taken against ranchers that they see as unlawful.

The Hammonds are set to report to prison today after being convicted of intentionally setting fires that burned 139 acres of public land. The father and son duo claims they set the fires to protect land that they had leased for grazing. The federal government claimed the fires were set to get rid of evidence the pair had illegally slaughtered deer on the property.

The Bundys maintain that their group does not want to harm anyone, but will protect themselves if action is taken against them. The headquarters building the group is occupying had been closed for the holidays and no one was in the building when they entered it.

Many locals around Burns, Oregon have said they do not support the militia’s actions and leaders of other militias around the country have also denounced the group.

Manitowoc County Sheriff Sounds Off On Making A Murderer 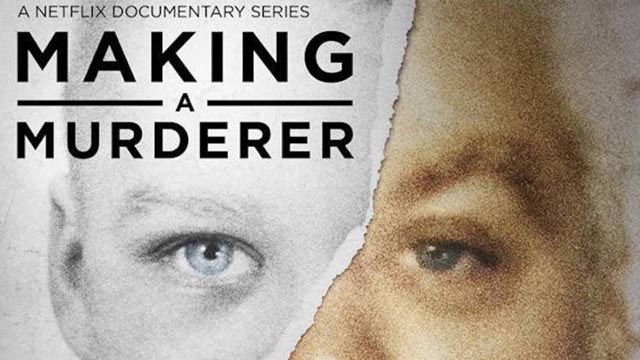 The Manitowoc County Sheriff recently shared his opinion on Making A Murderer. You know, that Netflix documentary everyone you know is either watching or stayed up until 5 AM to finish. Manitowoc County Sheriff Robert Hermann hasn’t seen the series himself, but there have been discussions about it within the department he says. Sheriff Hermann had this to say recently:

“I won’t call it a documentary, because a documentary puts things in chronological order and tells the story as it is. … I’ve heard things are skewed. They’ve taken things out of context and taken them out of the order in which they occurred, which can lead people to a different opinion or conclusion.”

One of the opinions that many viewers have formed after watching the series is that Manitowoc County and other law enforcement officials framed Steven Avery for the murder of photographer Teresa Halbach in response to a lawsuit he had filed over his wrongful conviction years earlier. Avery spent 18 years in prison for a rape he did not commit.

Former Wisconsin state prosecutor Ken Kratz previously spoke out about Making A Murderer, saying the series left out key evidence that helped the jury convict Avery. Moira Demos and Laura Ricciardi, the filmmakers behind the series, responded by inviting Kratz to make his own documentary. Pajiba has a rundown of evidence used in Avery’s trail that wasn’t mentioned in the documentary.

One of several petitions on Change.org calling for the release of Steven Avery currently has more than 180,000 signatures.

The St. Louis Rams closed out the 2015 NFL season yesterday with a 19-16 overtime loss to the San Francisco 49ers. The Rams held a 16-10 lead at halftime before being outscored 6-0 in the second half. A potential game-winning field goal attempt by Greg Zuerlein was blocked with 4:49 to go in overtime, which set up the game-winning field goal by the 49ers.

Star running back Todd Gurley was inactive for the game. Tre Mason carried the ball 18 times in his absence, racking up 44 yards and the team’s only touchdown. Case Keenum completed 22 of 37 passes on the day for 231 yards. Former Missouri Tiger Blaine Gabbert was 28-of-44 for 354 yards San Francisco with one touchdown and one interception.

The Rams finish the season with a 7-9 record, which is about par for the course for coach Jeff Fisher. Chris Hrabe of KMOX pointed out yesterday on Twitter that Fisher has made $28 million in his four seasons coaching the Rams while winning just 27 games.

Rams, Raiders And Chargers Expected To File For Relocation Today

Three NFL franchises, the St. Louis Rams, Oakland Raiders and San Diego Chargers, are expected to file for relocation to Los Angeles today. The move by all three has been expected for quite some time. The proposal recently passed by the St. Louis Board of Aldermen for a $1.1 billion stadium on the Mississippi River was seen as more of an attempt to show NFL owners that St. Louis is trying to keep the NFL in town rather than an attempt to sway team owner Stan Kroenke. Kroenke is spearheading a planned $1.8 billion stadium in Inglewood, California.

San Diego has proposed building a $1.1 billion new home for the Chargers, while Oakland has resisted anything involving public money.

Lamar Hunt, owner of the Kansas City Chiefs and a member of the NFL’s relocation committee, has said he expects a team to call Los Angeles home next season, but wouldn’t say which team. The LA market has been without a team since the Raiders and Rams moved to their current markets after the 1994 season.

Ian Rapoport has reported that the relocation fee for a team moving to Los Angeles will be $550 million. The league’s Los Angeles Relocation Committee is expected to meet this week in New York ahead of the owner’s meeting set for January 12 & 13 in Houston, where a vote on the issue is expected.

Republican presidential candidate Ben Carson laid out his proposed tax plan during an interview on Fox News this morning. His plan would tax both individuals and corporations a flat 14.9 percent. Tax deductions and loopholes would be eliminated. Carson further explained his proposal in a video posted to social media.

Proud to introduce my true flat tax plan which puts control back into the hands of We the People. #CarsonFlatTax https://t.co/ltdWTMjLip

Star Wars: The Force Awakens started 2016 the same way it finished 2015, with a stranglehold on the weekend box office crown. The film brought in an estimated $88.3 million to push its domestic total over $740 million thus far. Through 17 days in theaters, the latest installment in the franchise ranks as the sixth highest-grossing film worldwide of all-time with an estimated $1.51 billion in ticket sales. It will likely trail just Avatar, Titanic and Jurassic World after this weekend.

Daddy’s Home had a strong second weekend of release with an estimated take of $29 million, while The Hateful Eight brought in $16.2 million as it expanded nationwide.

Be sure to check back with us at RealLifeSTL.com on Thursday for my Weekend Movie Guide. I’ll take a closer look at the box office numbers and look at the two films opening this week, The Forest and The Revenant. I’ll also let you know what is opening at Keller 8 Cinema this weekend and available to rent at your local Redbox.

With Last Week Tonight on break, John Oliver posted a web-exclusive video on New Year’s resolutions. Particularly, Oliver addressed how to revise your resolutions when you inevitably break your resolution.

Channing Tatum is set to perform “Let It Go” from Frozen on an episode of Lip Sync Battle set to premiere Thursday, January 7 on Spike. Lip Sync Battle released a clip of Tatum’s performance today. The clip shows Tatum, dressed as Frozen’s Elsa, performing part of the song.

Miranda Lambert covered “Desperado” by The Eagles at the 2015 Kennedy Center Honors event held recently. The band had been scheduled to be honored at the event, but collectively decided to postpone receiving their award to next year in light of Glenn Frey’s recent surgery.