What To Stream: I Am Big Bird – The Caroll Spinney Story

Wondering what to stream on Netflix, Hulu or Amazon Prime this weekend? We suggest the documentary I Am Big Bird: The Caroll Spinney Story on Amazon Prime. 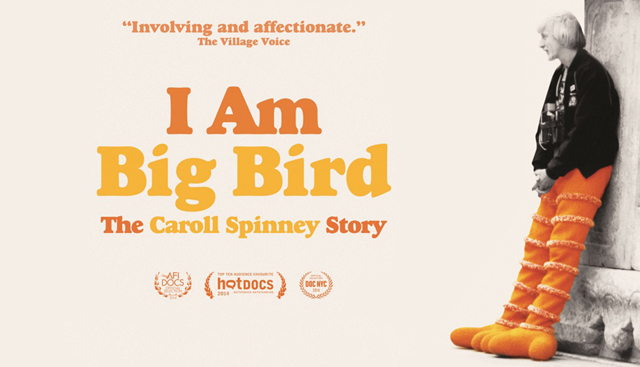 Caroll Spinney has been the man inside the big yellow bird costume on Sesame Street since the first season of the show. He turned 82 last December and has spent 42 of those years inside the suit. Spinney was hired by Sesame Street creator Jim Henson in 1969. On that first episode, Spinney also donned the Oscar the Grouch costume for the first time as well. He has continued to portray both characters ever since.

Copper Pot Pictures took to Kickstarter back in July of 2012 to raise funds to produce I Am Big Bird. The campaign officially reached its goal on August 16, 2012 with 1,976 backers giving a combined $124,155. The company launched their Kickstarter campaign with the below video.

I AM BIG BIRD: Kickstarter introduction and trailer from Copper Pot Pictures

Reviews of the film that Copper Pot Pictures produced were largely positive. A review in Variety, however, said the producers “failed to capture the actual art of puppeteering“. That writer perhaps failed to understand what this movie is about. I Am Big Bird is not called I Am A Puppeteer. This documentary is about Caroll Spinney and what he has created through his Sesame Street characters.

Those that grew up with Big Bird, Oscar the Grouch and the rest of the Sesame Street characters will be delighted by the behind-the-scenes footage and stories.

Watch the trailer below.

I am Big Bird: The Caroll Spinney Story documentary

Watch the documentary I Am Big Bird for yourself on Amazon Prime and let us know what you think.

Still want more of Carol Spinney in costume? Get yourself a copy of 1985’s Follow That Bird.