Each Tuesday we compile our favorite covers of the top 5 songs on the Billboard Hot 100. Here is this week’s edition of The Billboard Top 5 : Covered featuring Nicole Cross, Mackenzie Johnson, Sam Tsui, Kurt Hugo Schneider, Jakarta Beatbox, Pete Nakos and Archers They cover the hottest songs in the country right now by the likes of Adele, Justin Bieber, The Weeknd and Drake. This week also features a bonus cover of NSYNC’s “Bye Bye Bye”  by Amy Vachal on The Voice.

It’s also the time of year to feature holiday songs. We start with Kurt Hugo Schneider and Chase Holfelder performing “All I Want For Christmas”,  as song originally by Mariah Carey. 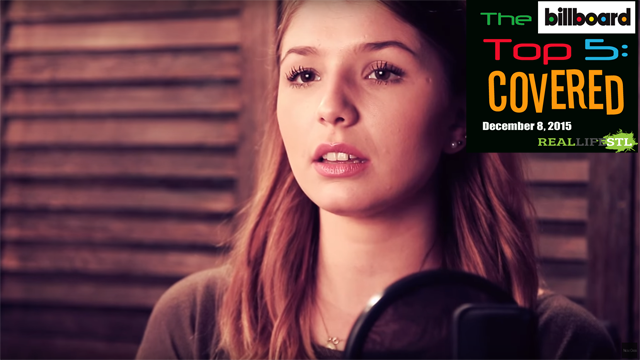 #4 “What Do You Mean” Justin Bieber

Pete Nakos covers ‘What Do You Mean” by Justin Bieber

Archers cover “The Hills” by The Weeknd

“All I Want For Christmas” Mariah Carey