Royals catcher Salvador Perez was named the Most Valuable Player of the World Series. Chevrolet, which sponsors the award gave Perez a brand-new Chevy Camaro, or a “Camarito” as the catcher called it. With both teams having the color blue in their logos, it’s a mystery to me why Chevy didn’t choose a blue vehicle.

What a series, what a night. @SalvadorPerez15 is #WorldSeries MVP, pres. by @chevrolet. https://t.co/iFWrBPX4i2 pic.twitter.com/rUTPH51LLu

While Salvador Perez had to collect that MVP hardware and all, he found time perform it to give one final “Salvy Bath” of the season. Manager Ned Yost accepted the honor.

Goosebumps, which I saw over the weekend and enjoyed, made $10.2 million to put it in second place and Bridge of Spies pulled in $8 million to finish third. Both of those movies were in their third weekend of release.

Check back with RealLifeSTL on Thursday for my Weekend Movie Guide. I’ll have more on the (dismal) weekend box office numbers and a look at the movies opening this weekend, new Bond movie Spectre, The Peanuts Movie, and Spotlight. I’ll also look at the movies coming to Keller 8 Cinema and Redbox this week.

Diana Emuge Is No “Hollywood Actress”

On October 29, Robert Patrick of the St. Louis Post-Dispatch wrote a story about a Hollywood actress being sued for not paying back the $77,000 student loan debt she incurred while at Saint Louis University. Sarah Fenske has a story today for the Riverfront Times that attempts to set the record a little straighter than the PD did. Fenske writes that Emuge is far from the “Hollywood actress” she was made out to be. While she has been in two blockbuster movies, Straight Outta Compton and Ted 2, she was just in a crowd in each movie and wasn’t even credited, according to her IMDb page.

Fenske’s story also goes into the circumstances of the loans, which Emuge says were from Bank of America, not the Higher Education Loan Authority of Missouri (MOHELA), which just serviced them and filed the lawsuit. Emuge also says that when she was asked for comment by the P-D reporter, the story was already published on STLToday.com and indexed by Google, which could very much explain her seemingly terse response used in the story. Emuge says that her initial student loans were for $46,000, but the debt grew after a family hardship, the illness and death of her father, caused her and her mother to fall behind financially.

Van Goghz Is Getting The Bar Rescue Treatment 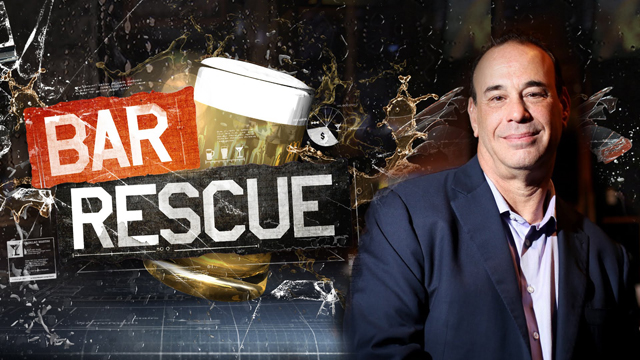 Van Goghz Martini Bar & Bistro in Tower Grove East is getting the Bar Rescue treatment this week, according to Gail Pennington of the St. Louis Post-Dispatch. The popular Spike network show is hosted by Nicole and Jon Taffer and features the Taffers and a team of industry veterans as they attempt to turn around a struggling bar. Van Goghz, at 3200 Shenandoah, is open 7 days a weeks at 4 pm. The “bar & bistro” features dinner specials Sunday-Thursday, including Wednesday Steak Night where diners can get a Brandy Peppercorn Flat Iron steak for $6.99 or a Bacon-Wrapped Filet for $9.9 with garlic mashed potatoes and green beans. The establishment also runs Happy Hour specials Monday-Friday from 4pm-7pm and touts a complimentary party room that can fit 30 people.

While several businesses have been featured on Bar Rescue from the Kansas City area, Van Goghz will be the first one featured from St. Louis. Van Goghz Martini Bar & Bistro currently has 81 reviews and a rating of 3 1/2 stars on review site Yelp.

A rumor also cropped up in the comments of Pennington’s story, and was again voiced on Reddit, that the show is also filming at O’Kelley’s At The Ballpark just south of Busch Stadium. No word on when the episodes will air, but I would assume checking the Van Goghz and O’Kelley’s Facebook pages for updates would be a good call. You can also follow Bar Rescue or host Jon Taffer on Twitter.

The St. Louis Rams won their second game in a row and moved to 4-3 on the season with a 27-6 win over the San Francisco 49ers.  Todd Gurley ran 20 times for 133 yards and found the end zone once while teammate Tavon Austin ran for a touchdown and caught another one from Nick Foles. It was the second straight game Gregg Williams’ defense did not allow a touchdown.

While the hometown team didn’t experience any major injuries on the day, the 49ers have likely lost Reggie Bush for the season to a torn ACL. Bush slipped on the slippery concrete that lines the turf while running out of bounds. WHY THE HELL IS THAT CONCRETE THERE??? On a side note, Bush’s injury could mean the team brings back Jarryd Hayne.

In The Heart of the Sea Trailer

Chris Hemsworth stars in In the Heart of the Sea and Ron Howard directs this film “based on the true story that inspired Moby-Dick“, as the movie’s website says. Herman Melville wrote his legendary novel, Moby-Dick, in 1852 inspired by the tale of the Essex, a whaling ship sunk by a whale in 1820.

Online retailer Amazon is getting in the “Black Friday” spirit early, launching a special Black Friday deals section on their website today. The site touts the idea that they will be counting down to the day after Thanksgiving with special deals “all day, every day”. The Verge notes that it’s not exactly clear which deals are special for the event and which have always been there, but are getting marketed special for this.

Chipolte has been dealt a massive blow to its business with an E. Coli outbreak forcing the temporary closure of 43 locations in Seattle and Portland. The company’s stock fell more than $31, which equaled a billion-dollar loss in market value for the company. In the last two weeks, 22 people in the Northwest have fallen ill after eating at the chain. While no deaths have been reported, many have had to be hospitalized.

Guinness is set to become a vegan-friendly beer with a change in its filtration process. Starting sometime in 2016, the beer will no longer use fish bladders. Since the 19th century, Guinness has been made with isinglass to help the yeast settle faster. Isinglass is apparently a “byproduct of the fishing industry” that is not vegan-friendly.