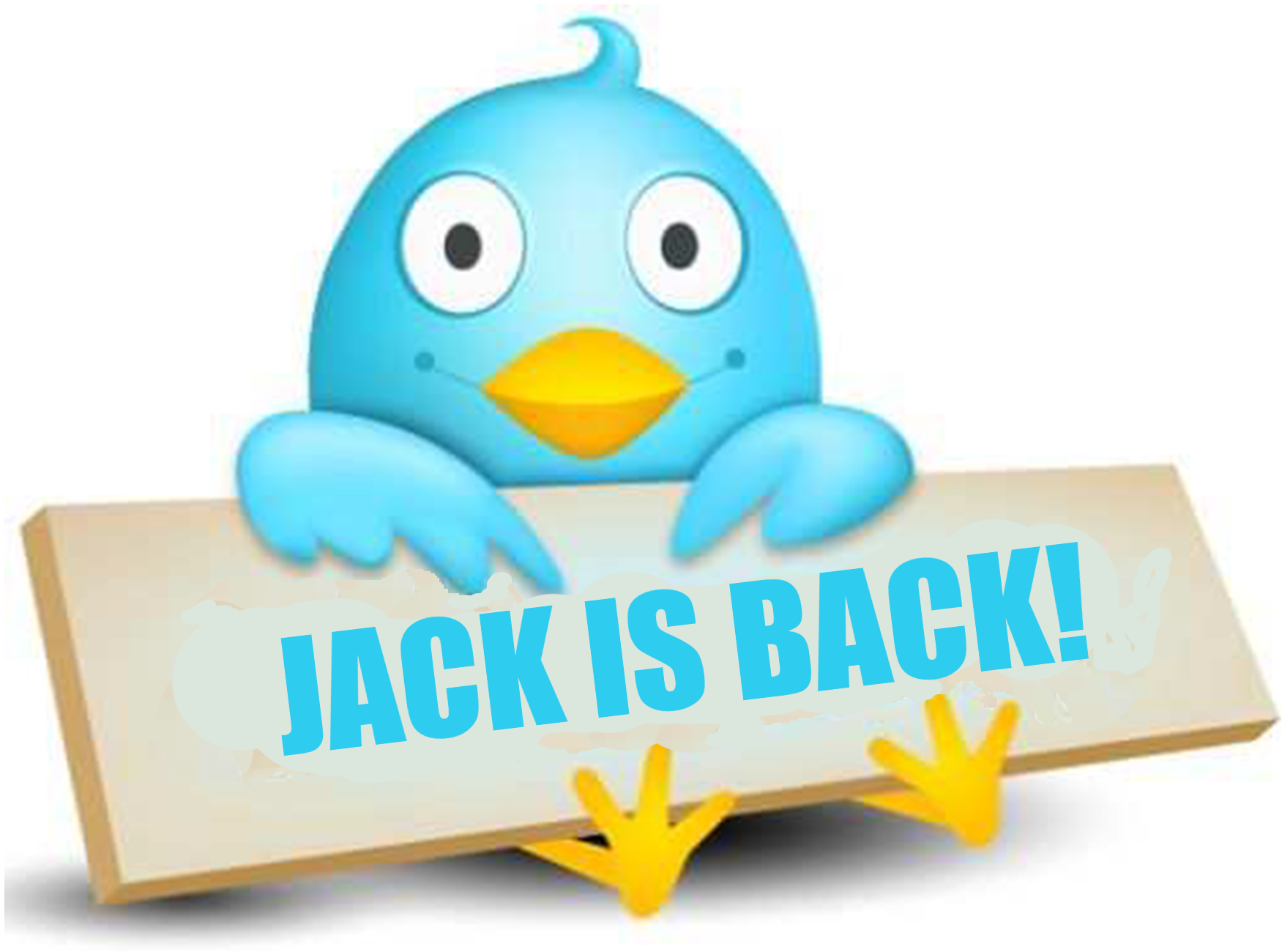 Noted whack job Tom Cruise’s adopted daughter Isabella Cruise got married in a secret ceremony back in September. Perez Hilton reports that Tom nor Isabella’s brother Conner were in attendance. Isabella is said to be a devoted member of Scientology like her father, but the groom is not a member of the “church”.That wasn’t the reason dad wasn’t in attendance, however.  It’s said that Isabella really doesn’t like the limelight and didn’t want the press attention that would have come if TOM CRUISE! had been in attendance.

St. Louis native Jack Dorsey has officially been named the CEO of Twitter as of September 30, according to the company’s SEC filing. Dorsey, a co-founder of Twitter, previously served as the company’s CEO from May 2007 until October 2008. Dorsey takes the place of Dick Costelo, who was fired as CEO back in June. Costelo resigned from the company’s board as of September 30, 2015. According to the filing, Dorsey will not immediately be taking a compensation package in his new role. @Jack will continue serving as the CEO of Square.

While the moves were made of September 30, Jack Dorsey announced the moves this morning via Twitter, of course.

We are naming @adambain COO of Twitter, we're working to change the composition of our Board, and I will serve as CEO of Twitter and Square!

Dorsey, who grew up in St. Louis and lived in the city’s Soulard neighborhood for a time, has been the interim CEO of Twitter for the last three months. He officially takes the reigns as the company tries to monetize its user base.

On the latest edition of Last Week Tonight John Oliver discussed this country’s mental health issues in the wake of yet another mass shooting.

Google officially became a subsidiary of Alphabet last Friday. The new company is adopting a policy of letting its individual companies craft their own conduct policies. Google had been using “don’t be evil” since at least 2004.

The Martian Makes $55 Million In Debut

Matt Damon and The Martian made an estimated $55 million over the weekend to easily take the weekend box office crown. Hotel Transylvania 2 had a strong showing in its second weekend of release with an estimated $33 million. Sicario made $12 million in its first weekend of wide release to round out the top three.

Check back to RealLifeSTL on Thursday for my Weekend Movie Guide. I’ll have more on the weekend numbers as well as a look at Pan and The Walk, which both open in wide release this weekend.

The St. Louis Rams won another NFC West Showdown yesterday that surprised a lot of folks. After defeating the Seattle Seahawks in the season opener, the Rams went into Arizona yesterday and gave the Arizona Cardinals their first loss of the season, 24-22.

The St. Louis Rams defense sacked Cardinals quarterback Carson Palmer 4 times on the day and Janoris Jenkins made a fantastic interception play in the end zone to stop the Cardinals in the first half.

YouTube star Caleb Logan Bratayley passed away at the age of 13 last Thursday. The family reported that Caleb passed away from natural causes. The family, whose real name is not Bratayley, has been “vlogging” for about five years. They posted a video featuring Caleb that they had filmed the day before with a disclaimer about his death. His appearance in that video has evidently led some fans of theirs to question their official statement about his death.

Charles Kelley, the Lady Antebellum frontman, has released his first solo single, “The Driver”. Kelley isn’t leaving Lady A, in fact at the industry event where he announced his solo project and debuted a few of the songs Kelley said the group will never break up.

Pepsi To Release Back To The Future Bottle

Fans of the Back to the Future franchise may remember Michael J. Fox’s Marty McFly character being given a bottle of “Pepsi Perfect” in the franchise’s second film.  Pepsi’s announcement today isn’t that they will be rolling a Pepsi Perfect product out to the market but that they will be releasing a limited edition Pepsi Perfect bottle. 6,500 bottles will be produced and sold for $20.15 each. Each bottle will come filled with regular old Pepsi, not a new product.

To announce the move, Pepsi uploaded this video featuring flying cars and hoverboards to Facebook.