Each Tuesday we compile our favorite covers of the top 5 songs on the Billboard Hot 100. Here is this week’s edition of The Billboard Top 5 : Covered featuring Alice Kristiansen, Ali Brustofski, Brian King Joseph, Amanda Ashley Law and Jannik Brunke They cover the hottest songs in the country right now by the likes of Shawn Mendes, Justin Bieber, The Weeknd, Fetty Wap and Drake. This week also features a bonus cover of Otis Redding’s “Sittin’ On The Dock of The Bay” by Justin Timberlake and Sam Moore. 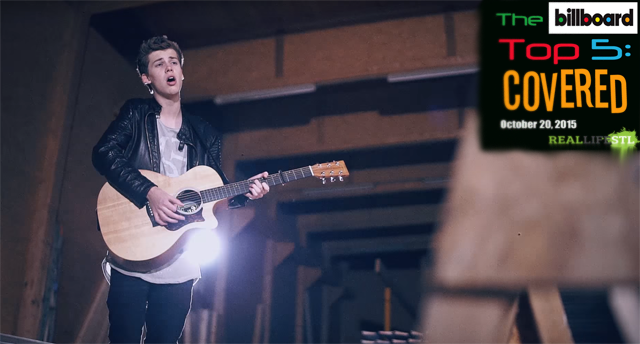 Jannik Brunke covers “The Hills” by The Weeknd

#3 “What Do You Mean” Justin Bieber

Ali Brustofski covers “What Do You Mean?” by Justin Bieber

‘Sittin’ On The Dock of the Bay” Otis Redding

Justin Timberlake and Sam Moore sing “Sittin’ On The Dock Of the Bay” by Otis Redding.