The St. Louis Cardinals have been quite the story during the 2015 Major League Baseball season. A team that came into Spring Training dealing with the loss of teammate Oscar Taveras found itself plagued with injuries to star players throughout the season but still found a way to win 100 games. After clinching the National League’s Central Division, the 2015 St. Louis Cardinals now set their sights on the 2015 MLB Postseason and ultimately the 2015 World Series Crown.

Despite being swept in a three game series with the Atlanta Braves to end the season, the St. Louis Cardinals finished the season with an MLB-Best record of 100-62. The Cardinals were the only team in all of baseball with 100 wins this season. It’s the ninth time the Cardinals have reached 100 wins and the first since the team posted back-to-back seasons in 2004 and 2005 of 105 and 100 wins, respectively.

Who Will The Cardinals Face?

The Cardinals won the season series against both the Cubs and Pirates this season. St. Louis went 11-8 against the Chicago Cubs and 10-9 against the Pittsburgh Pirates.

Who Will Make The 25-Man Roster?

Update
Here is St. Louis Cardinals 25-man roster for the NLDS, as announced by manager Mike Matheny on Thursday, October 8

While the Cardinals are assured of their spot in the NLDS and just await their opponent, big decisions loom regarding the team’s 25-man playoff roster. Cardinals manager Mike Matheny must par the roster from 40 down to 25. Position players like Jason Heyward, leadoff hitter Matt Carpenter, Jhonny Peralta and such are locks. The pitching rotation is guaranteed to include the likes of John Lackey, Jaime Garcia, Michael Wacha and Lance Lynn. After players like that, things get a little more complicated.

Update Ben Frederickson of the St. Louis Post-Dispatch took a look at each pitcher on the Cardinals roster and their chances of making the roster for the NLDS.

As Derrick Goold writes in the St. Louis Post-Dispatch, the team has typically had 12 pitchers on the playoff roster for series under Matheny, but may only have 11 this year. Injuries and players returning from injuries have complicated the roster selection process this year. Matt Holliday and Randall Grichuk have done well in their returns from lengthy stays on the disabled list and are virtual locks for the roster. Matt Adams will likely make the roster as the team as been pleased with his returns from a torn quadriceps.

Catcher Yadier Molina is an asset the St. Louis Cardinals need in the postseason.  He will meet with doctors on Monday and then the team will determine if his left thumb is ready to go.

Update Molina had been cleared to resume baseball activities. Cardinals general manager John Mozeliak said he thinks Yadier will be on the postseason roster.

Pitcher Adam Wainwright pitched in a game earlier this week, marking a fantastic return from an Achilles tear just five months ago. While he likely wouldn’t be able to start a game unless the Cardinals reach the World Series, the team is looking at Wainwright to pitch out of the bullpen. “Waino” starred for the Cardinals in the 2006 playoffs out of the bullpen where he struck out Carlos Beltran to send the team to the World Series and later punched out Brandon Inge to clinch the World Series crown. He won’t be called on to take the spot of closer Trevor Rosenthal, whose 48 saves this season set a franchise record. Wainwright will instead be looked to perform in the late middle innings.

Each playoff team sets their roster before each playoff series. An injured player may be replaced during a playoff series, but that player is then ineligible to play during that series as well as the next.

How Do I Get St. Louis Cardinals Playoff Tickets?

On the secondary Stubhub market, postseason tickets to each game are running in the $60-$70 range for Standing Room Only tickets

“First Pitch Tickets“, those vouchers available from the team in partnership with KMOX, are unfortunately not available during the postseason.

Who Else Has Qualified For The MLB Postseason?

In the American League, the Houston Astros beat the New York Yankees in the Wild Card game and will face the Kansas City Royals in one ALDS series. The Texas Rangers will play the Toronto Blue Jays in the other ALDS series.

In the National League, the Chicago Cubs beat the Pittsburgh Pirates and will face the St. Louis Cardinals in one NLDS series. The New York Mets will play the Los Angeles Dodgers in the other NLDS.

Across the rest of the National League, the Los Angeles Dodgers and New York Mets have won their respective divisions and qualified for the postseason. They will play each other in the other NLDS series.

In the American League, the Kansas City Royals, Texas Rangers and Toronto Blue Jays all won their respective divisions.

The Houston Astros and New York Yankees will play in the AL Wild Card game on Tuesday night with the winner moving on to face the Kansas City Royals.  In the other ALDS, the Rangers will play the Blue Jays with the series opening in Toronto on Thursday, October 8. 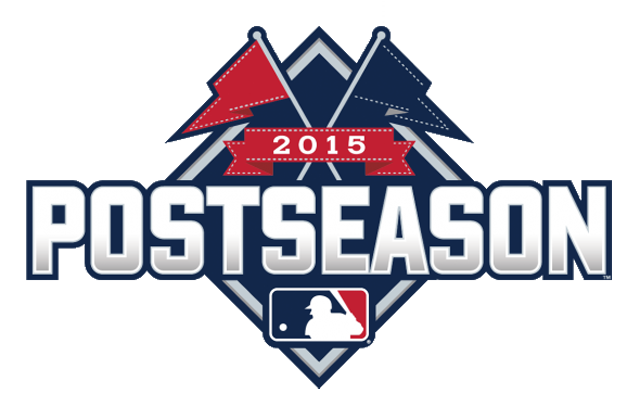