Each Tuesday we compile our favorite covers of the top 5 songs on the Billboard Hot 100. Here is this week’s edition of The Billboard Top 5 : Covered featuring Walk Off The Earth, VoicePlay, Shawn Mendes, Tyler Ward, Two Worlds and Christina Grimmie. They cover the hottest songs in the country right now by the likes of Major Lazer and DJ Snake featuring M0, The Weeknd, One Direction, OMI and Silento. This week also features a cover of Jesse McCartney’s “Beautiful Soul” by Boyce Avenue. 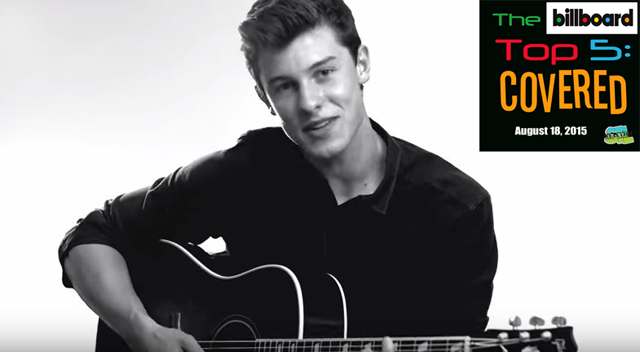 #3 ‘Drag Me Down” One Direction

Shawn Mendes covers “Drag Me Down” by One Direction