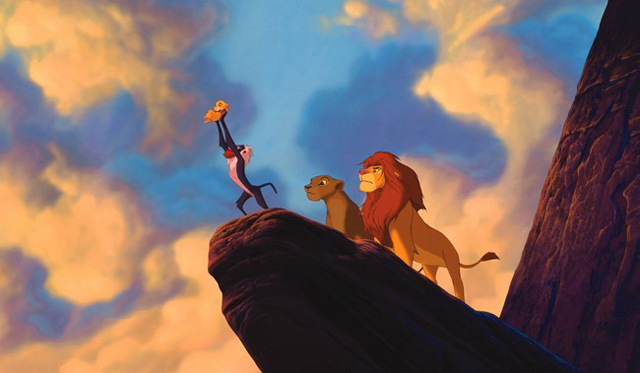 What if 1994’s The Lion King had a trailer like the ones we see today? Because the internet is awesome, that’s a reality. YouTuber user Ryan Shukis remade the trailer for The Lion King and it’s pretty awesome. He’s also made new trailers for Toy Story, Jaws and Jumanji plus recut videos of The Little Mermaid, Finding Nemo, Back to the Future and others.

In case you were wondering, you can see the original trailer for The Lion King here.

What Amy Schumer Thought During Her Glamour Cover Shoot

Chris Janson “Buy Me a Boat”

The age-old line is “money doesn’t buy happiness” but almost equally as old is the line about how it sure can buy you some cool toys. That’s the them in Chris Janson’s new song, “Buy Me a Boat”.

This video comes from Juiced in Australia of Captain Jack Sparrow and Screm visiting the Lady Cliento Children’s Hospital.

Nicole Paris is a St. Louis beatboxer that learned her craft from her father. It’s safe to say the apprentice as passed the father. Fast Company has a little more on Nicole Paris and her father.

Steven Tyler Releases Music Video For “Love Is Your Name”

Here’s the story for The Boot on Steven Tyler’s first country music video.

I don’t know if her or her boyfriend actually licked the donuts but you’re still an awful person if you put your tongue that close to a donut you haven’t purchased. Ariana also said she hates Americans and hates America. She also pulled out of the MLB All-Star concert she was supposed to appear at. Here’s the story from TMZ.

John Oliver Takes On 15 Topics In One Minute

Last Week Tonight with John Oliver was off this week but they made a web-only video. Titled “Shallow Dives’ John Oliver addressed 15 topics in one minute rather than 1 topic in fifteen minutes.