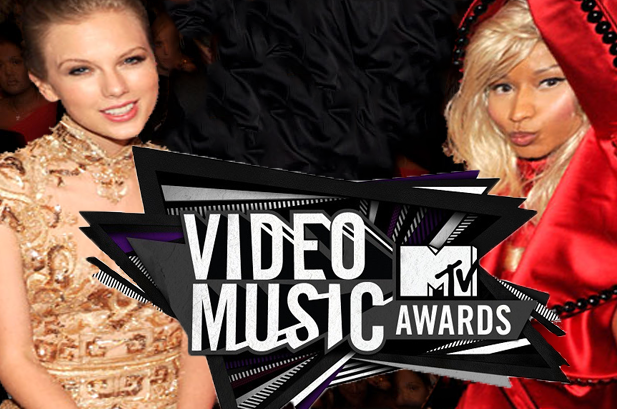 Universal released a gag reel this week with footage from the making of Pitch Perfect 2 featuring Rebel Wilson, Anna Kendrick, Elizabeth Banks and the rest of the sequel’s cast. The video was released to promote the DVD and Blu-Ray release of the film on September 22.

Jesse Eisenberg stars as a government agent who frequents “The Pot” in American Ultra. When his character ends up on the wrong side of the government, the action really starts. Kristen Stewart and Topher Grace also star in the film, which hits theaters August 21, 2015.

The nominations for the 2015 MTV Video Music Awards were announced yesterday led to the Nicki Minaj vs Taylor Swift Twitter spat, a ‘TwitSpat” if you will. Minaj was upset her “Anaconda” video wasn’t nominated in the Video of the Year category. The nominees were Beyonce “7/11”, Ed Sheeran “Thinking Out Loud”, Taylor Swift ft. Kendrick Lamar “Bad Blood”, Mark Ronson ft. Bruno Mars “Uptown Funk” and Kendrick Lamar “Alright”.

Nicki Minaj tweeted out something that was pretty obviously directed at Taylor Swift. When Swift responded that she was hurt by it, Minaj quickly said it wasn’t about her. There are lots of stories out today attempting to analyze the whole exchange. Here’s a piece from Vox. One from The Guardian. Ed Sheeran and Bruno Mars took to Twitter to mock the exchange.

Here are the two videos in question.

Pixar releases The Good Dinosaur, the animated tale of a young dinosaur and his young human friend on August 25, 2015.

Here’s the story from Mashable. The video was shot at a recent music festival in Scotland.

Man Gets Inside Giant Water Balloon

Here’s a video from The Slow Mo Guys have a man inside a giant water balloon as it’s filled up. The balloon then bursts and they slow it down.

A Brief History of Everything according to Neil deGrasse Tyson

Kid Is Ridiculously Good At Cup-Stacking

Credit Reddit for this video that is apparently American William Orrell setting the cup-stacking world record.  Apparently William, from North Carolina is really good at this, according to his times World Sport Stacking Association website.