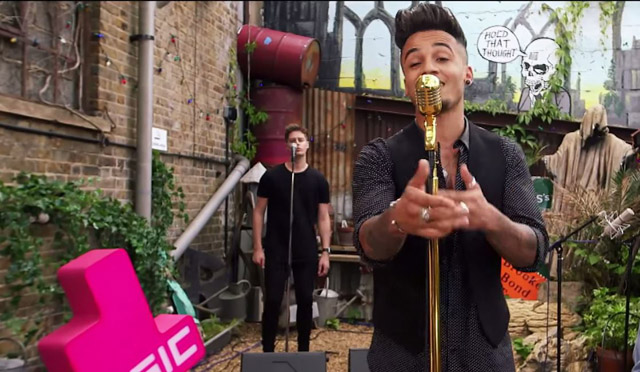 Each Tuesday we compile our favorite covers of the top 5 songs on the Billboard Hot 100. Here is this week’s edition of The Billboard Top 5 : Covered featuring Tyler & Ryan, Kina Grannis & Fresh Big Mouf, Lovey James & Daniel Seavey and Aston Merrygold. They cover the hottest songs in the country right now by the likes of Wiz Khalifa and Charlie Puth, The Weeknd, Taylor Swift, OMI and Silento. This week also features a cover of Taylor Swift’s “Blank Space” that Kelly Clarkson sang during a recent tour stop in Toronto.

Kina Grannis covers “Can’t Feel My Face” by The Weeknd

REFIT Revolution dancing to “Watch Me” by Silento