Late last week when I wrote the Weekend Movie Guide Jurassic World was expected to pull in between $100 and $120 million. Instead, Chris Pratt and company brought in an estimated $208.8 million domestically and $524 million worldwide. The domestic debut was the second-largest of all-time and Jurassic World is now the only film ever to bring in $500 million or more worldwide in a single weekend.

Spy brought in $16 million in its second weekend of release and San Andreas brought in $11 million to fill out the top three at the box office over the weekend.

I’ll have more on the weekend numbers on Thursday in my Weekend Movie Guide. I’ll also look at the new releases this weekend, Inside Out and Dope. 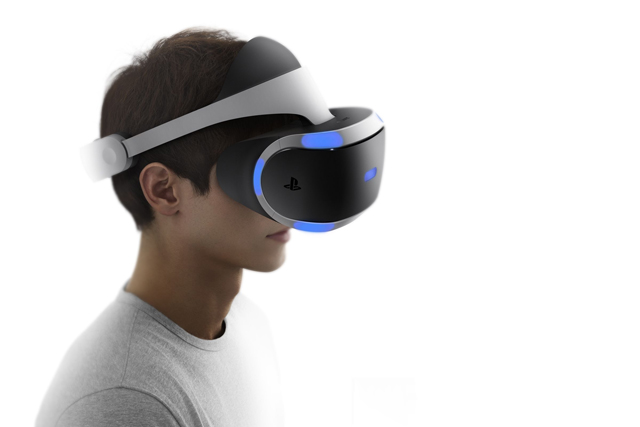 Tonight Sony will give a presentation at the E3 gaming conference where it will talk about a host of projects it has coming to market. The crown jewel of the presentation will be Project Morpheus, Sony’s virtual reality project. Wired has a great write-up on Project Morpheus and what it means for gaming. It sounds freaking amazing. You should be able to shell out several hundred dollars to buy early next year. 30 games are said to be in development already for the system.

Singer Catches Beer And Chugs It

Words don’t really do justice to this awesomeness. Video surfaced over the weekend on Reddit of a singer catching a cup of beer while standing on the crowd and chugging it. You really have to see this to believe it. The singer, David Achter of John Coffey , is “crowdwalking” when someone throws a cup of what I presume to be beer towards him. He catches it and chugs it to the cheers of the crowd. How the cup made it to him full of beer is pretty amazing. His catch is also quite amazing.

FIFA President Sepp Blatter is a strange dude that is likely very corrupt. After the arrests of several top-level FIFA folks that somehow left Blatter a free man, Sepp announced that he would resign from his role. He now apparently is reconsidering.

On season 10 of American Idol two country teens had a cute little thing going on. Scotty McCreery would eventually win the season with Lauren Alaina finishing second. Last week in Nashville Lauren Alaina showed up at McCreery’s fan club party and the two sang Randy Travis’ “I Told You So”, which they also sang together on Idol back in 2011.

McCreery was just in St. Louis at the end of May with Rascal Flatts for a show at Hollywood Casino Amphitheatre.  Lauren Alaina will release a new album later this year. It’ll be her second album and first since going through vocal chord surgery last year.

Golden State Warriors One Win Away From NBA Title

LeBron James had 40 points, 14 rebounds and 11 assists for the Cleveland Cavaliers in game 5 of the NBA Finals, but Steph Curry had 37 points to lead the Golden State Warriors to the 104-91 victory. The Warriors can win the title on Tuesday night in Cleveland. The play of LeBron James in this series has been simply amazing, but he likely won’t win the MVP award unless the Cavs can win the series.

An African immigrant was killed over the weekend in Louisville after he attacked a police officer with a flagpole. Police were called to the area on a report of a woman being assaulted. The police officer confronted Deng Manyoun who then grabbed a flag pole from a nearby storefront and attacked the officer. Manyoun swung the pole at the officer and the officer fired twice. Manyoun died later at the hospital. Activists met on Sunday to criticize the officer’s actions, because of course they did.

It seems like Taylor Swift is doing something every week to prove to all of us how cool she is. Two fans of hers got married in the stadium parking lot before her show in Philadelphia over the weekend. The bride may be a tad crazy since she originally wanted to get married on Taylor’s birthday. Taylor then invited the happy couple backstage after the concert.

This comes after Taylor Swift donated $15,000 to a firefighter who had to respond to a car crash involving his own family and now faces mounting family medical bills.

Josh Galliano Moving To Companion Bakery From The Libertine

In some big news on the St. Louis dining scene, it was announced today that chef Josh Galliano will be leaving The Libertine and taking a job with Companion Bakery. The move was announced with a video posted on YouTube.

A native of New Orleans, Galliano has become one of the best chefs in St. Louis. He’s been nominated for the James Beard-Best Chef in the Midwest award on multiple occasions and his fried chicken is considered one of the best dishes in town.

Matt Bessler has been named the new executive chef at The Libertine. Bessler was previously at Schlafly Bottleworks.

Kristen Wiig and Will Ferrell star in A Deadly Adoption, premiering June 20 on Lifetime.