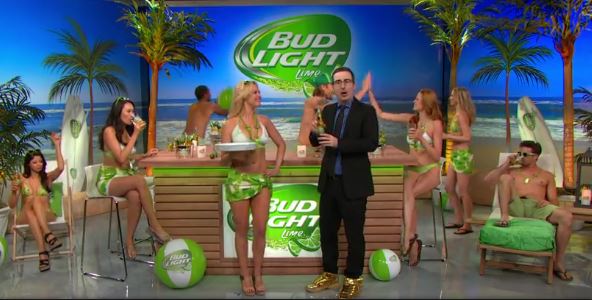 Wal-Mart has apparently been playing the same CD on loop in its stores across the country for months. Employees have started to complain about hearing so much Justin Bieber and Celine Dion. The company will switch to something they are calling Wal-Mart Radio, which will feature a DJ selecting music to be played in the stores. Wal-Mart will also relax the dress code a bit for its employees and change up the temperatures in stores.

Lady Antebellum, Hunter Hayes and Sam Hunt are currently out together on the Wheels Up 2015 Tour. The trio started their tour back in May at the Hollywood Casino Amphitheatre here in St. Louis. They also covered Aerosmith’s ‘Walk This Way” during the St. Louis stop, but now here’s some better video of the performance from another stop on their tour.

I’ll have more on the weekend box office numbers on Thursday in my Weekend Movie Guide. I’ll also take a look at this week’s big opening, Jurassic World.

Many NBA fans thought the Cleveland Cavaliers were done in the NBA Finals when news came out that Kyrie Irving was done for the season. In Game 2 last night, LeBron James showed that his Cavs won’t go down without a fight. James put up a triple-double to lead Cleveland to its first Finals win in franchise history. Reigning NBA MVP Steph Curry has an absolutely awful night with 19 points on 5-23 shooting. Curry went 2-15 from behind the arc. The series now goes back to Cleveland on Tuesday night tied 1-1.

Matt Damon stars in The Martian as a astronaut that is presumed dead and left behind on Mars. The film hits theaters on November 25, 2015.

American Pharoah became the first Triple Crown winner since 1978 when the 3-year-old colt won the Belmont Stakes on Saturday. Jockey Victor Espinoza won the Triple Crown for the first time on his third try. Pharoah’s owner, Ahmed Zayat, has sold his stud fees in a deal likely worth north of $20 million. American Pharoah will get to rest for a little bit, but will then race a few more races.

John Oliver promised last week that if Sepp Blatter resigned from FIFA, he would toast the sponsors. Following Blatter’s announcement, Oliver came through on his promise. He took a bite from everything on the McDonald’s Value Menu, wore ugly Adidas shoes and even chugged a bottle of Bud Light Lime.

I’ve long thought that the playlists on St. Louis’s country stations really suck. Now, I think I may know why. Keith Hill is considered one of the top radio consultants in the industry. He recently told Country Air Check that female country artists aren’t “the lettuce in our salad”. The backlash on social media was pretty immediate and Hill attempted to “clarify” his remarks to The Tennessean by saying that “this social media thing is driven by emotion, not logic”. Sara Evans, Miranda Lambert and Martina McBride are among the female artists that have voiced their own opinions on the issue. News Flash: People don’t actually want to hear Florida Georgia Line, Jason Aldean or Luke Bryan every other song. It’s being forced down our throats whenever we turn on the radio.

Speaking of John Oliver, on Last Week Tonight with John Oliver this week he discussed the bail system in the United States.  Oliver argues that it’s ludicrous to keep non-violent people locked up in jail when they can’t afford bail.

WNBA players Brittney Griner and Glory Johnson really don’t have any business being married. The pair bought a house together in April and then both got arrested two days later for fighting with each other. Griner and Johnson went ahead with their wedding on May 8. It was announced on June 4 that through Johnson’s WNBA team, the Tulsa Shock, that she is pregnant and will miss the upcoming season. TMZ came out with a report on June 5 that Griner has filed paperwork asking for the marriage to be annulled. Johnson had shared a cute picture of the pair mere hours before the reports came out about Griner’s filing. The New York Times has another interesting tidbit about the pair’s relationship. Griner has stated that she has no biological connection to Johnson’s baby, which I would think is just a technicality here.

That Miley Cyrus and her lose morals are at it again. Miley and her pet pig Bubba Sue grace the summer 2015 cover of Paper Magazine. While Bubba Sue, is of course not wearing any clothes, Miley Cyrus is wearing only mud. I guess you could say Miley is wearing a strategically placed pig as well.

It’s only available in Hong Kong right now and the quality of what you project is pretty bad, but the Pizza Hut Blockbuster Box is a really cool idea.