The world suffered a great loss in 1997 when we lost Chris Farley at the age of 33. The documentary I Am Chris Farley will be released in a limited theater release on July 31. Buzzfeed has the I Am Chris Farley trailer today. It will be available on VOD, as a digital download and on DVD on August 11. The documentary features home videos of Farley growing up as well as footage featuring Farley’s work, such as that on Saturday Night Live. Those that worked with him such as Christina Applegate and David Spade also share memories of the late Farley.

The 2015 FIFA Women’s World Cup is down to its last four teams. The United States Women’s National Team will play Germany Tuesday night at 6 pm while Japan will play England in the other semifinal at the same time on Wednesday. The losers of those two games will play July 4 for third place while the winners will square off on July 5 in the final. Germany holds the top spot in the latest FIFA Women’s Rankings while the U.S. was second. Japan held the fourth spot while England was sixth in those rankings. 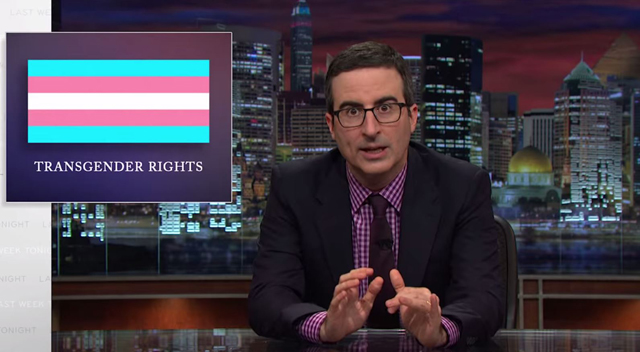 John Oliver has a special set of skills for sure on Last Week Tonight with John Oliver. This week the issue was transgender rights. It’s definitely cringe-worthy at times and eye opening.

Supreme Court Upholds Use Of Midazolam in Lethal Injections

In a 5-4 vote, the U.S. Supreme Court upheld the use of midazolam in lethal injections. Justice Sonia Sotomayor wrote the main dissent while Justice Stephen Breyer wrote a separate dissent. In Breyer’s, he brings up the idea that the death penalty in itself may violate the  Eighth Amendment.

This is one of those “pranks” that really isn’t funny. Ramez Galal and a plane full of actors and actresses made Paris Hilton think the plan they were riding on was going to crash and everyone was going to die. I hope she punched everyone involved in this in the face. They surely deserved it.

With a 4-1 win over the Chicago Cubs last night the St. Louis Cardinals swept the three-game series and moved their winning streak to six. The Cardinals are now 51-24 on the season and hold a nine-game lead over the Pittsburgh Pirates in the National League Central. The Cardinals have scored 98 more runs than their opponents on the season, the most in the league.

After being out of the lineup for three weeks, Matt Holliday is just about ready to return to action. Jaime Garcia is hoping to start Thursday as he returns from a groin injury.

Late last week word came that The Tonight Show Starring Jimmy Fallon was forced to cancel a planned taping after host Jimmy Fallon was forced to after surgery on his hand. In a tweet Fallon said that he tripped and fell in his apartment. As he attempted to catch himself, his ring caught on a table and caused the pretty severe injury. A message at the number that people call to get tickets for the show says The Tonight Show is “on hiatus” until July 10.

No one seems to really know what is going on here other than actor/motivational speaker Shia LaBeouf is shirtless and attempting to show off his rap skills to a group of people. Here’s more footage of Shia LaBeouf rapping.

Jurassic World continued its dominance at the box office as it topped the weekend box office for the third straight weekend. With an estimated $54.2 million, Jurassic has now taken in an estimated $500.1 million at the domestic box office. With $584.4 million in overseas ticket sales, the latest installment in the Jurassic Park franchise has brought in more that $1 billion worldwide.

I’ll have more on the weekend box office numbers on Thursday in my Weekend Movie Guide. I’ll also preview the movies opening in wide release this weekend, Terminator Genisys and Magic Mike XXL.

Four St. Louisans are coming together to open Mauhaus, a feline-friendly cafe in St. Louis. The group says it is inspired by the popularity of the “kitty coffee shops” in Taiwan. The group isn’t revealing where they plan on opening the cafe, but they have signed an agreement to purchase space somewhere around the St. Louis city/county border.

John Oliver’s Video Montage On The “End Of ObamaCare”

Speaking on John Oliver, he put together this great video montage of people talking about the “end of ObamaCare”.