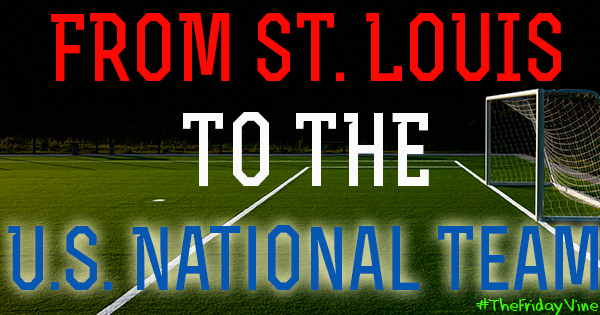 Your Real Life chance to win something fun in St. Louis every month is here with #TheFridayVine contest. You’ll find out this month is soccer-themed as we celebrate the 2015 Women’s World Cup in Canada June 6-July 5 and cheer the United States on to a victory on July 5th. Check below to see how you can win tickets to see Saint Louis FC in action.

Each week, we’ll give you some clues and you which St. Louis soccer product we are talking about. Each of the three players we’ll be hinting at went from St. Louis to the U.S. National Team. We’ll pick the overall winner on June 26, 2015 from the correct answers submitted via the form below.