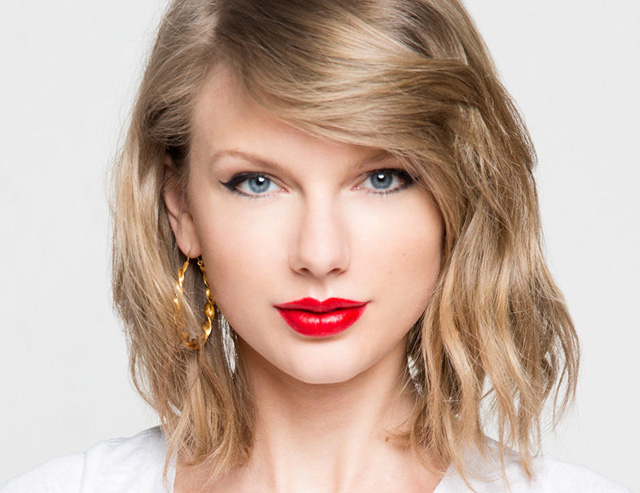 On Sunday, Taylor Swift wrote a post on her Tumblr blog about why she decided to hold back her latest album, 1989, from Apple’s new streaming music service, Apple Music. Her actions stemmed from news that Apple would be giving anyone who signed up a three-month free trial of the service during which the people who created the songs that got streamed wouldn’t be paid. This is the same Apple that has about $158 billion in cash stored offshore that they aren’t paying taxes on. Not even 24 hours after Taylor posted her essay, Apple’s senior vice president of Internet Software and Services tweeted that the company has decided to pay artists during the free trial period.  This isn’t a matter of Taylor getting it wrong or anything. This is a matter of Apple seeing what Taylor Swift wrote, saying “Oh Shit” and agreeing to shell out a bunch more money to not only Taylor Swift, but also many other artists. Taylor Swift took on Apple with a blog post and won, all in a single day. Eddy Cue said he talked with CEO Tim Cook and they both decided to make the change. No word on what the rights holders will be paid. It won’t be what they will get paid after the users become paid subscribers but it will be something on a per-stream basis.

In honor of Taylor Swift and her never-ending awesomeness, here’s my favorite performance of hers of all-time. It’s of course her performance of “Should’ve Said No” from the 2009 ACM Awards.

All of the best things in life come from Reddit or Taylor Swift. This comes from Reddit. A man filmed his golden retrievers, Colby and Blue, running into his kitchen to get fed. He did this from the time they were 11 weeks old until they were  just shy of a year old and cut the videos together for this awesome video.

Jordan Spieth birdied the 18th hole at Chambers Bay last night to win the U.S. Open. Dustin Johnson, the fiance of Paulina Gretzky, had the tournament lead going into the final hole. He was in position to eagle the hole and win, but could have double-putted to force a playoff with Spieth. He instead three-putted to make Spieth the youngest Open champion since Booby Jones in 1923.

Spieth has become the first golfer since Tiger Woods in 2002 to win the first two legs of the Grand Slam. Spieth will attempt to win the 114th British Open at St. Andrews in mid-July. The fourth leg, the PGA Championship, will run from August 10-16th at Whistling Straits in Kohler, Wisconsin. No golfer has ever won the Grand Slam in a single year in modern golf. Bobby Jones won the four major tournaments at the time way back in 1930.

Jurassic World Wins Weekend Box Office, But Inside Out Blows Away Expectations

Jurassic World again reigned atop the weekend box office with $102 million in its second weekend of release. Inside Out became the first Pixar movie to ever fail to debut at the top spot. Don’t feel bad for Inside Out, though, because the whole “being number one is overrated“. With a $91 million debut, it became the second-largest debut ever for Pixar behind Toy Story 3‘s $110 million back in 2010. The film also holds the debut record for an original film, topping Avatar‘s $77 million in 2009.

Spy came in third over the weekend by adding another $10.5 million to its domestic haul. The film starring Melissa McCarthy, Jason Statham, Jude Law and Rose Byrne has now brought in $74.4 million domestically and $130.8 million worldwide in three weeks of release.

I’ll have more on the weekend box office on Thursday in my Weekend Movie Guide. I’ll also take a look at the film’s debuting this weekend; Ted 2, Max and Big Game.

The first match of the day yesterday brought the first shocking result in the knockout stage of the 2015 Women’s World Cup. Australia. Kayah Simon of Australia put in a rebound off of an ugly play by Brazil’s keeper in the 80th minute and Australia held on to send Marta and Brazil packing. In the other games of the day, France beat South Korea 3-0 and host Canada beat Switzerland 1-0. France will face Germany in the Quarterfinals. Australia will play the winner of Japan-Netherlands and Canada will face the winner between Norway and England.

The U.S. Women’s National Team will play their Knockout Stage game tonight at 7 pm CST against Colombia in Edmonton.  Colombia shocked France in the Group Stage, although both teams eventually moved on. For more on the match, check out my match preview.

Mark Wahlberg and Will Ferrell star in Daddy’s Home, coming to movie theaters nationwide this Christmas.Here’s the first trailer that pits Biological Dad vs Step-Dad. Sounds like quite the wholesome topic for a Christmas Day release.

I don’t understand the business world sometimes. Apparently the powers that be at Twitter have told Jack Dorsey that he can’t return as CEO there if he is still CEO at Square. Who the hell are these powers? Isn’t Jack Dorsey the power at Twitter? The board of directors sent a message to investors this morning that provided an update on the CEO search. Yeah, going public gives a company a bunch of money, but it also leads to stupid decisions like this. The Twitter board needs to get over itself and bring Jack Dorsey back as CEO.

The first Tim Hortons in the St. Louis area is scheduled to open tomorrow in Maplewood. It will be the first store in an agreement with Show Me Hospitality that calls for 40 stores in the St. Louis area by 2020. The Canadian chain is famous for its donuts and breakfast items but also features a hearty menu of sandwiches, wraps, soups and chili for later in the day. A representative of the company told the St. Louis Post-Dispatch that the St. Louis location’s menu will feature several sandwiches that the chain is testing but aren’t available yet in other places. Bring On The Timbits!

Word is everyone is safe, including this cat.

Former Secretary of State, current U.S Presidential candidate and lover of private servers Hillary Clinton will speak tomorrow at King United Church in Florissant. According to The Guardian, she is expected to speak on youth employment.

Sure, go ahead and speak on that after you charged a Boys and Girls Club $200,000 to speak there. Oh, and there are apparently 200 more pages of emails about Benghazi that she didn’t turn over before when she was asked.