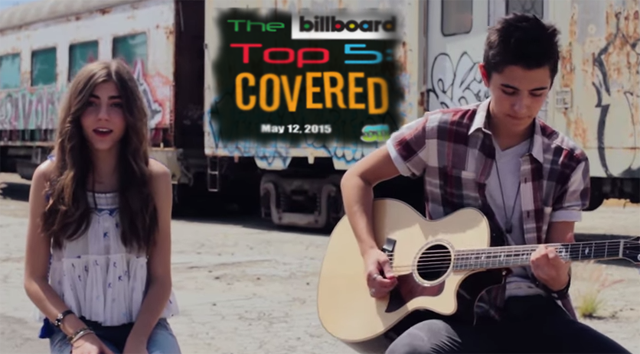 Each Tuesday we compile our favorite covers of the top 5 songs on the Billboard Hot 100. Here is this week’s edition of The Billboard Top 5 : Covered featuring Kyson Facer, Jada Facer, William Singe, Vidi Aldiano, Clark Beckham, Kurt Huge Schneider and Kyle & Devin. They cover the hottest songs in the country right now by the likes of Wiz Khalifa and Charlie Puth, Fetty Wap, Mark Ronson and Bruno Mars, The Weekend and Walk The Moon. This week also features an awesome bonus cover of “Style”. Originally by Taylor Swift, Scott Bradlee and Postmodern Jukebox cover it in the style of 1959 with the help of Annie Goodchild and Von Smith.

Clark Beckham covers “Earned It” by The Weekend on American Idol