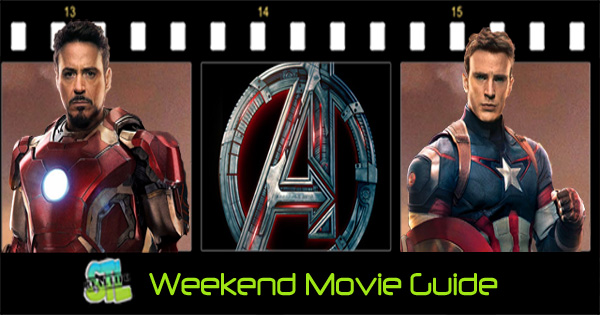 With Avengers: Age of Ultron opening this weekend, rival movie studios decided not to open anything against it. Considering the sequel is expected to possibly top $200 million this weekend, that was probably a wise decision.

Don’t pay regular price for a ticket to see one of these new releases in the theater. Sign up now for MoviePass at MoviePass.com!

The juggernaut that is Furious 7 again topped the weekend box office. Its fourth weekend of release saw it ring $17.8 million at the box officer. The film has now grossed $322 million domestically and an astounding $1.35 billion worldwide. It now ranks as the fourth-highest-grossing movie worldwide of all-time.

Paul Blart: Mall Cop 2, which I found enjoyable, finished in second place with $14.78 million in its second weekend. The sequel now sits and $62.5 million worldwide, doubling its $30 million budget.

Home and Unfriended rounded out the top five with $8 million and $6.1 million in receipts, respectively. Ex Machina went from showing on 39 screens the weekend before to 1,255 screens this past weekend. The film saw its receipts rise 569.8 percent to $5.3 million. The science-fiction film has been garnering great reviews.

Avengers Age of Ultron has already crossed the $200 million mark worldwide before even opening here in the states. The film opened last week in 44 foreign markets and made a combined $201 million.  Avengers 2 opened strong in South Korea and the United Kingdom, where it earned $23 and $27 million, respectively. 2012′ s Marvel’s The Avengers brought in $207.4 million in its debut weekend on its way to a $1.5 billion worldwide take at the box office. All of the big players are back like Robert Downey, Jr., Chris Evans, Jeremy Renner, Chris Hemsworth and Scarlett Johansson return. Many of the stars have been doing their best at being hot on the internet in the weeks leading up to the film’s release. Chris Pratt went on Jimmy Fallon’s show and revealed that his son thinks his dad is a firefighter.  Robert Downey, Jr. also was on with Fallon, where the pair had an “emotional interview“. He also walked out of an interview with Krishan Guru-Murthy. Scarlett Johansson appeared on The Ellen DeGeneres Show and Chris Evans showed up to scare her.

See Avengers: Age of Ultron tonight at MX Movies. The newly-opened Star Clipper will be hosting Avengers themed trivia beginning at 6:45 with plenty of prizes to hand out for those that have purchased tickets to the screening.

Catch It Before It’s Gone

Make It A Redbox Night