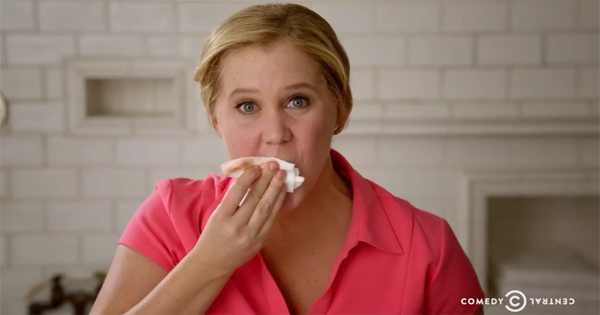 Kevin Spacey and Charlie Cox both star in Netflix-original shows with Spacey in House of Cards and Cox in Daredevil. The two sat down for the first episode of Netflix: The Originals.

Only The Best Species Wins In Cowboys Vs Dinosaurs

The indie film Cowboys vs Dinosaurs will be available on May 19 and stars Eric Roberts and Sara Malakul Lane. Roberts has 378 acting credits to his name, including a ton of films coming out later this year and next. Sara Malakul Lane starred in 2014’s Jailbait.

Tortoise Gets Wheels After Rat Gnaws Off Legs

A rat gnawed off this 90-year-old tortoise’s legs, which is quite a scary thing to think about. The owners put out a Facebook plea for help with surgery. This surgery entailed gluing wheels from a model airplane onto its shell, apparently.

Hawkeye Sings About His Super Powers To The Tune Of “Thinking Out Loud”
Jeremy Renner was on The Tonight Show Starring Jimmy Fallon last night and Hawkeye’s super powers as part of The Avengers. The song is to the tune of Ed Sheeran’s “Thinking Out Loud”