Recently I was made aware of new television series that just might change the world and I am so ready for it! Tonight Show genius, Jimmy Fallon, has had a very successful segment called Lip Sync Battles where he and his famous guests square off against one another in a lip syncing contest. Now he is teaming up with Spike TV in a new series based on this segment and hosted by LL Cool J cleverly named…Lip Sync Battle. It premieres Thursday, April 2nd. When watching this trailer I was reminded of my favorite show growing up that I never missed. 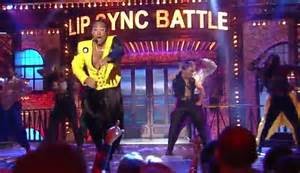 Puttin’ on the Hits was a music & variety competition show hosted by Allen Fawcett. The show featured amateur acts lip-syncing to popular songs of the ’80s. Contestants would often dress up in costumes and use props to make their act more outrageous. They had celebrity judges that would judge the acts based on appearance, song, and lip-sync ability. The act with the highest score at the end of the show won $1,000. They also advanced to the Semi-Finals worth $5,000 and after that, the season-ending championship show, which was worth $25,000 to the winning act.

This show catapulted my very short career in lip-syncing at the tender age of 11. I was a lip-syncing protégé, according to my father who obviously never took off his “my kid is absolutely talented” goggles. It was 1986; I was a sixth grader who adored Whitney Houston. I knew every verse of every song. This was also the time that Puttin’ on the Hits was at its height, or so my Dad and I thought. We had just moved to Rock Springs, Wyoming from St. Louis and I was just looking to fit in somewhere with no luck. I would come home from school and escape into my room where I would become a star holding my hair brush and belting out (with no sound) my favorite songs. I performed everything from Janet Jackson to Reba McEntire. I never missed a verse. My parents would watch Puttin’ on the Hits with me and I would stand up and perform for them. I was the baby of the family so I was the spoiled brat that got all of the attention.

My dad was so overcome with pride that year that he entered me into the local Rock Springs talent contest. That’s right…a talent contest. I got all dressed up in an outfit that looked like it came straight from the set of Whitney Houston’s How Will I Know video and marched right down to the local auditorium with my cassette tape and boom box! I was surrounded by ballet dancers, a piano protégé and children actually singing…very well I might add. It was my turn. I remember never once feeling nervous, I marched out on the stage, looked over at my dad to hit play on the boom box, and began to silently belt out the words to the song that was sure to boost my career and send me straight to Hollywood. Not so much. After my performance which was so amazing that I received a standing ovation from my dad and big sister, the judges asked me a very important question. “What exactly was your talent? Dancing?” “Um, no”, I stated assertively, “It’s lip-syncing, you know, like Puttin’ on the Hits?” They apparently had not seen this show and had no idea what I was talking about. 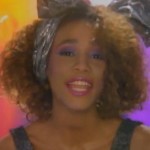 Needless to say, I did not win that talent show and was not able pursue my career in lip-syncing. I am just thankful that YouTube wasn’t around in 1986. I remember my dad taking me to Dairy Queen afterwards in celebration of my victory. My dad never took off those goggles, ever.

Now that Jimmy Fallon has created this fabulous lip syncing battle show for celebrities, I am sure it is only a matter of time until there is another show that will come out for amateurs. I will have to grab my hair brush and start sharpening up my act for any potential lip-sync battles. Until then, I can’t wait to dance and sing along silently with the celebrities in my living room on Thursdays.

Does anyone else remember Puttin’ on the Hits? Has anyone ever thought their lip-syncing talents were phenomenal? I think there needs to be a lip-sync battle in my future. Who’s with me?