Birdman director Alejandro Iñárritu won an Oscar both for his directing skills and and his screen-writing skills at the 87th Academy Awards. His film also took the Best Picture Oscar. Many people were betting on Boyhood taking home the top prize, but it was the movie that Khalid Rafi of The Express Tribune called “a modern day masterpiece” with the top prize of the evening.

John Legend and Common performed their powerful song, “Glory”, from Selma at the Academy Awards last night and then took home the Oscar for Best Original Song.

Awkward Moments Abound At The Oscars

Several awkward moments occurred during the Red Carpet coverage of the Oscars, during the awards show and even this morning on newscasts talking about the show. Fifty Shades of Grey star Dakota Johnson and her mother Melanie Griffith were interviewed on the carpet. Griffith has not seen the movie and thinks it would be quite awkward to see her daughter on screen in that role. Tegan and Sara along with the Lonely Island performed “Everything Is Awesome” from The Lego Movie, which got snubbed by not getting an Oscar nomination for Best Animated feature. Lady Gaga drew great reviews for her performance honoring Sound of Music. Kristi Capel of Fox 8 in Cleveland, Ohio, Miss Missouri 2006, called it “jigaboo music” and has been catching bunches of heat from the Twitter pitchfork mafia. According to Urban Dictionary, the word “jigaboo” is ” the funniest sounding racial slur known to man”. Host Neil Patrick Harris was on-stage at one point wearing just underwear, black socks and dress shoes. Citizenfour won Best Documentary. The film centers on Edward Snowden and his role in exposing the National Security Administration’s spying program. Harris then made a treason joke when talking about why the film’s subject couldn’t be in attendance. John Travolta was awkward before the show with Scarlett Johnasson and during the show when presenting with Idina Menzel.

Maybe you were that kid in grade school who had a Birthday party that no one showed up to. Maybe you were the kid who didn’t go to a birthday party because “oh, other people will show up”. Either way, if you have a heart it’s heart-breaking to hear this stories. Buzzfeed has a story today of a boy who had a birthday party that no one showed up too. In this story, however, Glenn Buratti’s mom reached out to her local community on Facebook and the community responded in a very heart-warming way. 15 kids from the neighborhood and their parents came over. Local firefighters and police officers brought their toys as well as presents for Glenn. The Osceola County Sheriff’s Office even flew a helicopter over the party. The Osceola News-Gazette has the full story, but be warned that reading it will make you reach for the tissues. 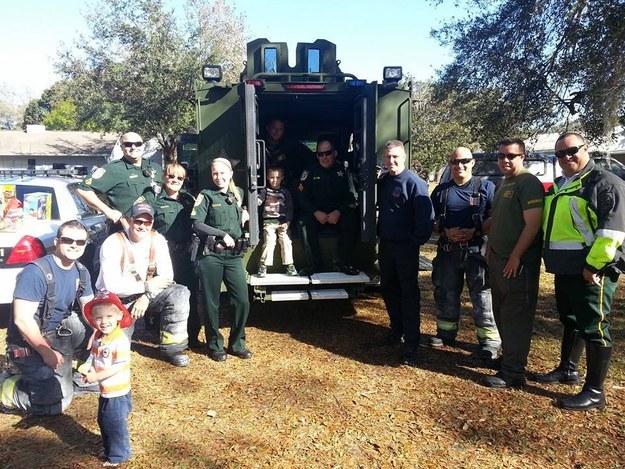 50 Shades of Grey’s Receipts Go Way Down In Second Weekend, The DUFF Excels

Fifty Shades of Grey easily won the weekend box office with 23.2 million in receipts but that figured represented a 72.7 percent drop from its opening weekend. Its not like you should feel sorry for Universal though, considering the film was made for $40 million and has grossed $410 million plus in 10 days of release. AdAge reports that the film has been illegally downloaded over 400,000 times. Total Sorority Move makes some assumptions as to why so many people are downloading the movie rather than going to movie theaters.

Kingsman: The Secret Service picked up $17.5 million in its second weekend for second place and The SpongeBob Movie: Sponge Out of Water rounded out the top three with $15.5 million. McFarland, USA was the top-grossing new movie with $11.3 million. The DUFF, which I personally thought was excellent, exceeded expectations with an $11 million opening. The high school comedy starring Mae Whitman was made for $8.5 million. The 26-year-old Whitman’s mother has family in St. Louis and she has spent time here visiting multiple times.

I will have more on the box office numbers on Thursday in my Weekend Movie Guide as well as previews of Focus with Will Smith, The Lazarus Effect with Olivia Wilde, Maps to the Stars with Julianna Moore and ’71 with Jack O’ Connell.

Speaking of The DUFF, two of its stars, Bella Thorne and Mae Whitman recently did a sketch for Funny or Die where they played actresses in a live-action Frozen in a video purported to be behind-the-scenes on the movie’s set.

Graham Moore won his first Oscar last night. He won it in the Best Adapted Screenplay category for The Imitation Game.  The subject of Imitation Game, Alan Turing, was tragically prosecuted for being openly gay and took his own life at the age of 41. Moore gave a powerful and emotional speech that touched on his own suicide attempt at the age of 16 and encouraged everyone out there to “stay weird, stay different”. Moore told Buzzfeed News that he had a plan for the speech outlined in his head, but mostly just talked from his heart on stage. Moore’s speech received a standing ovation.

Editor in Chief of the Riverfront Times, Chad Garrison, announced some big news on his Facebook page today. Garrison is leaving the RFT to take the Director of Content job with Gateway Media. Garrison took over the EIC chair at the RFT in 2011 after Sarah Fenske went to Los Angeles to become the editor of LA Weekly. Fenske moved back to St. Louis in October of 2014 to become the director of digital content for Feast Magazine.

Gateway Media is a St. Louis-based company that manages a variety of “shareable web destinations that inform and entertain the world”, according to the company’s website. The company touts that its sites have 60 million unique visitors each month, it employs 30 people and has no operating debt. Some of the sites run by Gateway Media are Swifty, Clipd, Suggest, Brainjet, Odometer and Minq. According to Linkedin, Gabe Douek has been the CEO of Gateway Media since January of 2014.

According to a report last month in the St. Louis Business Journal, the Riverfront Times was purchased from Ray Hartmann and Mark Vitterrt in 1998 by New Times Media for between $6-$10 million and is now being shopped around for much less. New media companies, such as Gateway Media, are growing by leaps and bounds in contrast. Gawker Media reported a profit of $6.7 million last year on $45 million in revenue. Vice Media last year raised $500 million in investments.

Brian Feldt of the St. Louis Business Journal has more.

The Golden Raspberry Awards handed out the 2015 Razzies on Saturday, as is tradition. Kirk Cameron’s Saving Christmas won Worst Picture and Worst Screenplay. Cameron himself was named Worst Actor and his shared the award with his ego for Worst Screen Combo. Cameron Diaz was named Worst Actress for The Other Woman and Sex Tape but lost in the Worst Supporting Actress category (for Annie) to Megan Fox in Teenage Mutant Ninja Turtles.

I still maintain that the Annie remake was excellent, but do agree that Cameron Diaz gave a poor performance.

Singing sensation Sam Smith will play Chaifetz Arena on the Saint Louis University campus on July 30 as part of his North American tour. Tickets will go on sale to the general public on February 27 at 10 am.  An American Express pre-sale began this morning at 10 am. Ticket prices will range from $32 to $86 with up to $18.35 tacked on in fees. There is a limit of six tickets on each sale.

The Concourse has this video from Australia of the most terrifying octopus ever. In the video, a crab is just calming walking on a rock near some water. Out of now where, an octopus jumps out of the water and chases the crab. It catches the crab and drags is along the rock and under the water.