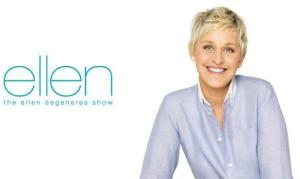 Ellen DeGeneres is the queen of daytime TV. The Ellen Show has won 30 something Daytime Emmy Awards since it first aired in 2003. Through her unique games, audience dancing, surprise visits to viewers’ homes, EllenTube, amazingly talented non-celebrity (until they become regular guests on the Ellen Show) guests and performers, and her new Heads Up app, she has created an experience unlike any other talk show. I love everything that is Ellen and felt it necessary to share some of my favorite moments of 2014 from The Ellen Show. And if you’re not already a fan of the show, you will be hooked after watching these awesome moments.

Family Feud: Ellen had Steve Harvey as a guest. Not only am I an avid Family Feud watcher, but Steve is also the best host ever, and watching Ellen’s audience members vs her team dressed as Ellens was probably my favorite Family Feud episode ever.

Andy’s & Jacqueline’s Haunted House Adventure: Forcing her team to attend haunted houses is a tradition she started in 2010 and it just gets better every year. This year’s victims were her producer Andy and his assistant. Their tour through Halloween Horror Nights made me laugh until I cried.

12 Days of Giveaways: Ellen began this tradition a few years ago. The idea is similar to Oprah’s Favorite Things. And as you might guess, people get equally (if not more) excited to be on Ellen’s show during one of her special holiday giveaways.

5 Seconds With 5 Seconds of Summer: Oh teenage girls…who am I kidding, trade them out for Maroon 5 or 30 Seconds to Mars and I’d probably be doing the same thing.

Anaconda: Ellen re-created the Anaconda music video putting herself in some of the scenes and it was the best ever. And apparently she didn’t show Nicki beforehand so that reaction was priceless as well.

Know Or Go: This is my favorite game on her show. I enjoy watching the reactions as the guests fall into the hole of the unknown. Also, Ellen has one of those contagious laughs where you just can’t help but join in.

Homeworker Helperer: She’s so kind in helping her viewers with their homework. In one of her segments, she borrowed Nick the Gardener, who will be in the Magic Mike sequel, to help with an Anatomy question. Thank you Ellen.

Fan Surprises: Ellen often has non-celebrity guests on her show who are an inspiration, such as injured military veterans or single parents who are struggling to get by and who still have such a positive attitude that they inspire others. This was one of my favorite home invasion surprises of 2014.

Sophia Grace & Rosie: These two adorable gals have become internet sensations since Ellen had them on the show performing Nicki Minaj’s ‘Super Bass’. Their most recent performance was to Katy Perry’s ‘Dark Horse’ where they made up their own rap lyrics. I just love them!

Let Me Adam: As I mentioned previously, I’d be one of the crazy screaming girls if I were in close contact with Maroon 5 (or just Adam Levine). These women were far too nonchalant about this opportunity, however, the fact that Ellen can get celebrities to let random women grope them on her show basically makes her the queen of all things.

And of course, Dance Dares. She started Dance Dares a couple years ago just doing it to her guests on the show and it has grown into her fans twerking on random people in grocery stores, city streets, restaurants…basically everywhere. This year, she is hosting a contest. Send in a video of yourself doing a dance dare during the month of December and if she shows your video during The Ellen Show, she’ll send you a special gift. Send yours here.

Do you have a favorite moment from The Ellen Show this year that you think deserves recognition? Share it in the comments and I’ll add it to the list.