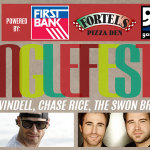 JingleFest: The 12th annual holiday concert hosted by 92.3 WIL features country artists including Cole Swindell, RaeLynn, Chase Rice, and The Swon Brothers. Tickets are $35 for reserved seating or $50 for PIT tickets. Or check out the WIL interactive map to find out how to get tickets for free through ticket blasts. 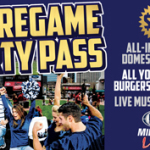 Rams vs Cardinals: With their second shut out this season, it gives us all a little boost of excitement for this Thursday’s game against the Cardinals. In addition to a great game, we also have delicious new concessions to look forward to at the dome this football season. Some of the new vendors include: Gus’ Pretzels, Crown Candy, Sugarfire Smokehouse, Strange Donuts, and my favorite, The Peacemaker, which will serve Oyster Po’Boys. Starting at 4pm before the game, head to Ballpark Village to pre-game. Enjoy live music, yard games, Bloody Mary’s, Tengo Sed, all you can eat burgers and hot dogs and domestic drafts for $35, and follow The Herd Drum Line to the game. 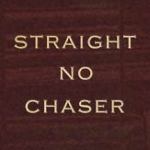 Straight No Chaser: This spectacular all male a cappella group comes to St. Louis as part of The Happy Hour Tour, promoting the release of Under The Influence, their fourth album release through Atlantic Records. The album features contributions from superstars Jason Mraz, Rob Thomas, Phil Collins, Dolly Parton and more. Tickets range from $34.50-$49.50.

Brentwood Trivia Night: Come answer trivia questions about music, U.S. history, St. Louis, and even the City of Brentwood during our first trivia night. Bring your favorite foods and non-alcoholic beverages for a night of fun and games. The winning table will receive a special prize! Cost is $60 per table of 6. 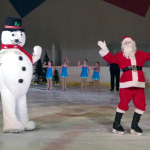 Winter Wonderland on Ice: Celebrate the holidays as the Rec-Plex North ice rink comes to life and turns into an enchanted Winter Wonderland on Ice. The best Rec-Plex solo skaters and synchronized skating teams will dazzle audiences with the beauty and skill of their original programs. Beloved holiday characters join in the festivities to make this a delightful event for the whole family. Cost: Adults – $9, Children 12 and under – $7, Seniors 55+ – $7 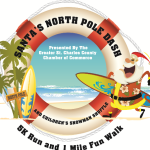 Santa’s North Pole Dash (and Children’s Snowman Shuffle): A 5K Run and 1 Mile Fun Walk is a fundraiser for the Greater St. Charles County Chamber. Money raised will be used to help support their operations. Enjoy a Breakfast With 500 Santas from 8am-11am from the Kiwanis Club of St. Charles. Stick around for the post-race Holiday Spirits on Main Pub Crawl. Drink specials will be offered to anyone wearing their Santa or Elf shirt. In addition, shops on Main St will be offering deals to those wearing their Santa or Elf shirts. All participants will receive a commemorative medal, Santa “jacket” (moisture wicking shirt resembling his jacket), hat, beard, drawstring bag and gloves. Registration deadline is Monday, December 8. 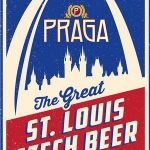 Czech Beer Festival: Czechs lead the world in per capita beer consumption. And we all know St. Louis loves it’s beer. So this weekend we’re joining forces to honor Czechs’ favorite libation. On tap are local beers, a panoply of Czech imports, food, live music and more. Come enjoy some fantastic local brews as well as the opportunity to enjoy up to 7 Czech imports. One brewery will also leave with the coveted 2014 Pivo of the Year Award, voted by you. Tickets are $25 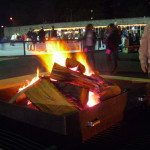 St. Louis Blues Classic: FOX Sports Midwest will host the 4th annual viewing party for the Blues road game to celebrate hockey and the holidays. Watch the Blues face off with the Colorado Avalanche on two enormous TV screens while skating with Forest Park as the back drop. FOX Sports Midwest will broadcast its pre-game, post-game and intermission shows live from the rink. Hall of Famer Bernie Federko, former Blue Terry Yake, Jim Hayes and Scott Warmann will host. The live broadcast begins at 8pm. The Blues and Avalanche will drop the puck at 9pm. The event is free to the public. Skating ($7), skate rentals ($5), food, hot chocolate, beer and wine will be sold by Steinberg Skating Rink. The St. Louis Classic will also serve as a drop-off location for Toys for Tots. Fans are encouraged to bring new, unwrapped toys for donations. 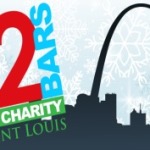 12 Bars of Charity: A city-wide holiday pub crawl that raises awareness and money for local charity organizations. There is no start or end point for the pub crawl. Start and end at any bar you please. Shuttles win run a continuous loop around the bars. Registration includes: $10 donation to the “charity team” you sign up under, an official 12 bars of charity team sweatshirt, drink specials at all participating 12 bars, a 12 bars of charity koozie, shuttle pass. Participating bars include: all BPV bars, Bobby’s Place, The Dubliner, Flannery’s Rosalita’s, Wheelhouse, Lucas Park, and Lucky’s. 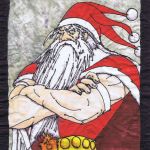 Santarchy 2014: Dress as your own inner Santa or whatever other holidayesque outfit you create and join in the celebration of the holiday season. If you come across the mob of Santa’s you will most likely leave with a gift. Previous gifts have included candy-canes, lumps of coal, mutant toys, vegetables, special prizes, and many other twisted gifts for the naughty and nice little boys and girls. 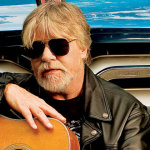 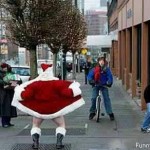 Santacon: A world-wide Santa Bar Crawl. This Santa crawl happens in 336 locations in 46 countries. St. Louis will be just one of the cities participating in the event on Saturday night. The crawl begins at 5pm at Franklin’s Pub in Soulard. The crawl then hits, 1860’s, Molly’s Great Grizzly, and McGurk’s. All participating crawl locations will be offering drink specials to those in Santa attire. 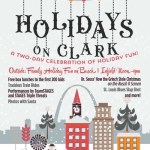 Lafayette Square Holiday Parlor Tour: Ten historic homes will be decorated in their finest for the holiday season. A true St. Louis holiday tradition, this home tour is a unique annual event showcasing one of the largest collections of Victorian homes in the nation. The tour begins at the Park House, located at the corner of Mississippi and Lafayette Avenues. You will pick up your tickets and tour book there. Amenities include complimentary carriage rides, a trolley between tour homes, live music, strolling carolers, and Santa. Neighborhood shops and restaurants will be open, with many offering treats and discounts. Tickets cost $16 in Advance, $20 Day of the Tour, and children under 12 are Free. 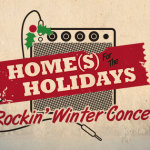 Home(s) for The Holidays: A rockin winter concert to support local charities. Ticket cost is $20. When you purchase your ticket, you get to choose which charity you wish to support: Habitat for Humanity St. Louis, Catholic Charities, Project Restore, or Backstoppers. Members of St. Louis bands like My 2 Planets, Soul Kiss, Seven Star and Vote for Pedro will be playing their favorite Rock versions of holiday songs including Chuck Berry’s “Little St. Nick,” “Rock ‘n’ Around the Christmas Tree,” Train’s version of “What Child is This,” U2’s “Christmas/Please Come Home” and John Lennon’s “Happy Christmas, War is Over” just to name a few. The bands will be backed up by the award-winning St. Louis University High School Varsity Choir.