Are you looking for how and where to celebrate New Year’s Eve 2015 around St. Louis? Check out this post instead.

Goodbye 2014, Hello 2015! If you have yet to prepare for the biggest party of the year, check out all of the fabulous events below to find out where you want to forget your last hours of 2014 and ring in your first hours of 2015:

Hyatt Regency St. Louis at the Arch is hosting the Ultimate New Year’s Eve party along with an incredible line-up of live music including: Tess Boyer, Smash Band, and Dr. Zhivegas. Open bar all night long, food stations, party favors, balloon drop, and champagne toast at midnight. Party only tickets are $119/person. Buy the Ultimate Package to include overnight accommodations for 2 starting at $349. Register to win free tickets. 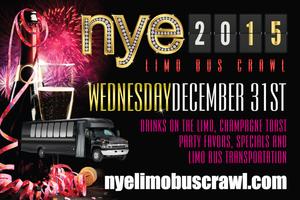 NYE Limo Bus Crawl: Bottles will be popping, people meeting new people, and what is better than partying in style on a limo bus! Hop on and hop off throughout the night at venues throughout St. Louis, including Lucas Park Grille, Big Daddy’s, 1860’s Saloon, Sub Zero, and Gamlin Whiskey House. Tickets are $45 and include no cover, party favors, Champagne toast, transportation and drink specials. BYO drinks on the limo bus.

Ultimate New Years Eve Bash at The Cheshire: Enjoy a complex-wide party, including live entertainment by local band Whiskey Morning and a champagne toast at midnight. Guests can look forward to Basso serving Italian favorites including pizza and meatballs, plus  carving stations, and seafood stations that include oysters, shrimp. And of course, an open bar. Reservations are $125.00 before Dec 25 or $135.00 for the Ultimate Package.

Spectaculaire! A Grand New Years Ball: Casa Loma Ballroom hosts this fantastic event filled with a variety of fun, from traditional circus arts to gypsy folk to rock n’ roll. Starring Lola van Ella, The Stage Door Johnnies, Jeez Loueez, Frenchie Kiss, Lady Jack, The Bon Bons, all their favorite Beggars, many out of town special guest burlesque artists, aerialists and more, plus our beloved Three Penny Orchestra! Doors open at 9pm and the party goes until 3am. Tickets are $69 and include the show, live music, a dance party with Monsieur Shawn Gaston, fun carnival games and photo booth, drink specials, and a midnight appetizer buffet and champagne toast. Join Lola van Ella, Venus in Flames, Jeez Loueez, Meg-a-Legs, and many more at a party that is sure to make your last night of 2014 memorable.

New Year’s Eve Ball at The Marriott: The Grand Ballroom at the St. Louis Airport Marriott will open at 7pm for one of the best NYE parties in STL. Your tickets will include open bar, party favors, ice carvings, champagne toast, and live music from Contagious starting at 9pm. Tickets for the party only are $100. Upgrade to the dinner package for $125 and enjoy a delicious 3-course dinner dinner, open bar, and unlimited Life at Play photo keepsakes. Or get the VIP with accommodations package for $325. 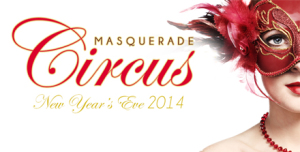 Masquerade Circus at Chase Park Plaza: Party in the New Year with Z1077’s Brett Andrews at R&B Productions “The Masquerade Circus” at the Chase Park Plaza in the beautiful Khorassan Ballroom, Wednesday, December 31st, 8:30pm-1:30am. The event will include a premium open bar, light past appetizers, live circus performers, music by St. Louis favorites The Ultra Violets and Dj Pru, and a champagne toast at midnight. Last year’s Gatsby New Year’s Eve event sold out way before the new year, so get your tickets as soon as possible!

Cielo Bar at the Four Seasons: Ring in the new year with a modern Italian four course menu devised by Chef Colucci. For the early birds dinner starts at 6pm at $90 per person. For those who would like to hit the dance floor & celebrate late into the night, the countdown party begins at 8:30pm in the lobby with DJ Nune. Tickets are $40 per person & include two drinks to get you started. For VIP’s we have an appetizer buffet, unlimited drinks & a DJ in a private room with an amazing view of the city. Price $150 per person.

Rock-N-Roll New Year’s Eve at Lemp’s Grand Hall: The Lemp Mansion at 1817 Cherokee Street is hosting their annual New Year’s Eve Party with live music, party favors, a balloon drop with champagne toast at midnight and a Prime Rib Buffet with 4 hour open bar. There will also be a gift certificate giveaway. Tickets are $75 per person.

Fun & Fabulous New Year’s Eve at Molly’s: Get fabulous & ready to party your tushies off at Molly’s. General Admission tickets feature Premium Open Bar, complimentary campagne toast, party favors, and balloon drop for $70. Or go VIP for $95 and enjoy two additional hours of our featured premium open bar from 7-9pm, complimentary champagne and a gnarly assortment of apps. Then ring in the New Year with champagne toast at midnight, party favors and a balloon drop. There will be 3 DJs, patio covered by heated tents, and access to 6 full bars, so don’t miss out.

New Year’s Eve Bash at Llywelyn’s Pub: The WingHaven location is hosting a New Year’s Eve Dinner and Party beginning at 9pm on December 31st. Tickets are $60 per person for food and drink or $35 for just drinks or $100 per couple. Tickets include a 3-course dinner, open bar, party favors, a live DJ and champagne at midnight. 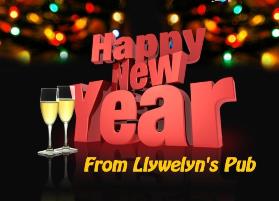 Blueberry Hill New Year’s Eve: Party in The Duck Room with Joe Dirt & The Dirty Boys Band. Tickets are $40 and include open bar (draft beer and rail drinks), party favors, and a midnight champagne toast. Doors open at 8pm and the music starts at 9pm.

Everyday People at Top of the Met: Enjoy a night of Dinner and Dancing. Starting at 8pm, there will be a 4-course dinner including Farfalle Tuscano, Beef Conti & Swordfish with Pancetta Relish & Herb Roasted Potatoes, Cheesecake with a Cherry Chocolate Ganache. Tickets are $100 and include dinner, open bar, and parking. Doors open at 7:30pm. Advanced reservatiosn are required. 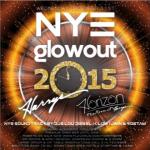 New Years Eve Glowout 2015: The Horizon Club at Harry’s in downtown St. Louis at 2144 Market Street is once again hosting a sweet NYE Bash. Tickets are $75 and include: premium open bar all night and champagne toast at midnight, 4 DJs throughout the night. Doors open at 9:30pm (VIP at 9pm). They are also offering a free shuttle to and from all downtown hotels.

Jive and Wail NYE Party: The Jive & Wail in Westport Plaza is hosting their 1st annual New Year’s Eve celebration. The party package is $60 and includes premium open bar, party favors, and champagne toast (plus a discounted rate at the Sheraton). Premium tickets include all that plus early entry, a dinner buffet, and reserved seating. Ring in the new year right with awesome live music from the best dueling piano entertainment around.

Very Ninja New Year’s Eve: Ring in the arrival of 2015 at the first ever Ninja New Year’s Eve Party with The Rizzuto Show at the Sheraton Westport Chalet in West Port Plaza. Rizzuto and Jeff Burton host a night full of festivities including music from DJ Patrico and a special live performance from Moon and The Headline Hoosiers. Plus your ticket includes open bar, appetizer buffet, champagne toast at midnight, giveaways, and Ninja party favors including an exclusive Ninja Tuxedo T-Shirt…because you gotta look your best for this swank ass Rizz party!

London Calling: Celebrate New Year’s Eve 2015 at HandleBar. The theme is Austin Powers. Come in your late 60s attire – short skirts, wild patterns, and go-go boots. Dance the night away with DJs Clockwork, DJ Marvin Gardens, and DJ Trash Talk. There will also be a psychedelic photo booth, a free London drink at the door, and a free midnight champagne toast. The party begins at 8pm. Tickets are $15. Or head across the street to Atomic Cowboy for an Eyes Wide Shut Masquerade Ball – all about erotic daydreams,  chances missed and opportunities avoided. The Blue Lounge will feature DJ Blackguy, a room focused on Truth. Loyalty. Friendship. The Red Club will feature DJ Vthom, a room focused on Comfort. Warmth. Even Danger. Keep Your EYES WIDE SHUT and enjoy the NEW YEAR.

Union Station’s Believe 2015: End the year with a spectacular night filled with activities at the station and including transportation to and from First Night in Grand Center. The beautiful and historic train station has been the epicenter for holiday fun in St. Louis throughout the season with The Polar Express™ Train Ride and Holiday Magic entertainment. Continue the party with The Polar Express live character dinner buffet and panoramic light show in the Grand Hall, a screening of The Polar Express movie, a magic, music and light show event to welcome the New Year, a ball and gift drop at inside Union Station, a midnight toast and year-end finale with the Conductor from The Polar Express, and breakfast on New Years Day. Tickets with hotel package before Dec 26 are $239 (2 guests), or $259 after Dec 26. Tickets to the event only, without the hotel package or breakfast, are available for $70.

First Night In Grand Center: Starting at 6pm, you will be blown away by the biggest and best visual and performing arts festival of the year. Pokey LaFarge and his band will headline and help celebrate First Night 2015 in Grand Center’s theme, “St. Lou-minous!” There are over 40 performers at 11 venues. Grand Center will be abuzz with music, dance, magic, comedy, activities for all ages and two fireworks displays to greet 2015. In order to attend  this event, you will need to purchase a button. $12 in advance (adults) or $6 in advance (children). This is a non-alcoholic, fun for all ages event.

Happy New Years To All And To All A Fun & Safe Night!