With 2014 closing down, we here at RealLifeSTL thought we would take a look at our posts from the year.

Zac Efron Gets Punched In The Face

It’s entirely possible there are a lot of people out there that would really like to see Zac Efron get punched in the face and searched for that. Personally, I didn’t think Neighbors was any good, so maybe other people thought the same and wanted to punch him for that?

Another good reason this post got a lot of clicks was Intern Lydia included this picture of Zac Efron shirtless. 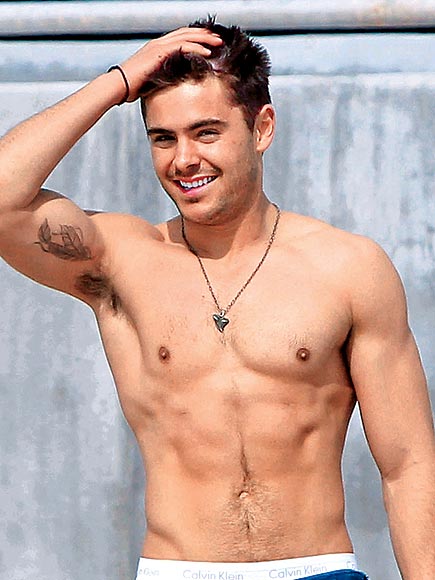 Our Other Most-Viewed Posts

People in Missouri really love their float trips. Our Best STL Float Trip Destinations post was the second most-viewed post of the year. What to Bring to the Float Trip also made the top five. Nestled in between the float trip posts was Art And Wine Parties In St. Louis.

The second season of the massive Netflix hit Orange Is The New Black was released and promptly consumed by the masses on June 6, 2014. On June 18, Jessica posted Orange Is The New Black: Season 3 Predictions. The post has continually done well as more and more people get caught up on the series and look ahead to season three. Netflix has announced that season three of the series will drop in June of 2015, but hasn’t announced a specific date. Season 1 debuted on July 11 of 2013 with Season 2 appearing on June 6 of this year. If the trend continues, it’s likely that Season 3 will be gloriously  granted to the masses on June 5 or 12, 2015. Jason Biggs will not be returning as Piper’s ex-fiance Larry, but joining the show will be Mike Birbiglia, Mary Steenburgen and Blair Brown. Many Orange fans will be glad to know that Laura Prepon will see an expanded role in Season 3 versus her limited appearances in Season 2.

While you wait for Season 3, read Piper Kerman’s book that spawned the show and read about when she came to St. Louis back in September. Also, check out the Litchfield Ladies and their rendition of “12 Days Of Christmas”

When Intern Lydia came aboard, we knew we wanted to get some video of her interviewing her bestie, CeCe Frey. Frey was on Season 2 of The X-Factor. The resulting blog post, CeCe Frey Talks X-Factor & New Direction, did quite well for us and the resulting video was fun to watch.

The Billboard Top 5: Covered is a weekly feature I put together that takes the top five songs and the Billboard Hot 100 and gives you a cover video of each. You can watch all of the videos that were featured this year in this playlist powered by Huzzaz. Our most-viewed post in the series came back in April. “Happy” by Pharrell Williams was the #1 song in the country. The post featured an awesome cover of Nirvana’s “Smells Like Teen Spirit”, but the post was powered by the inclusion of Christina Grimme’s cover of “Dark Horse” by Katy Perry. The video from the previous night on The Voice is currently at 9.8 million views.

Each Monday, Jessica puts together a roundup of the best events happening in the St. Louis area during the upcoming weekend. Our top-performing post in this series was for the four-day weekend spanning September 11-14. I’m going to assume that this is because it’s my Birthday weekend and thus one of the best weekends of the year. It could also be that Schlafly’s HOP in the City, a Pokey LaFarge concert, a Eric Church concert and Sauce Magazine’s Food Truck Friday all happened that weekend.

If you’ve been paying attention you know that each month we give out an awesome prize in The Friday Vine contest. We have a general theme each month and have a different question each week of the month. We give you the clues and you have to enter the correct answer on our website to enter the contest. You can enter each week and get extra entries for sharing the contest on your Facebook or Twitter page.

In another weekly feature, we take a look at movies opening each weekend, as well as look back about how the box office looked the previous weekend. Our most-viewed Weekend Movie Guide was back in May when Neighbors, Chef and Mom’s Night Out all premiered that weekend.  Guess we have Zac Efron to thank for that again. Our most-viewed post relating to movies was Happy 30th Birthday 1984 Movies. The post featured top-earners Beverly Hills Cop and Ghostbusters as well as classic likes The Natural, Revenge of the Nerds, Footloose and Sixteen Candles. We’ll have a post sometime in January celebrating the 30th birthday of 1985 films like Back to the Future, Rocky IV, Fletch and The Breakfast Club but until then, enjoy the original trailer for Footloose.

Thanks for checkout out RealLifeSTL in 2014 and we’ll have lots of cool stuff for you in 2015. Be sure to check out our roundup of the Best New Year’s Eve Parties and like us on Facebook for all the info on event, giveaways and more in 2015.