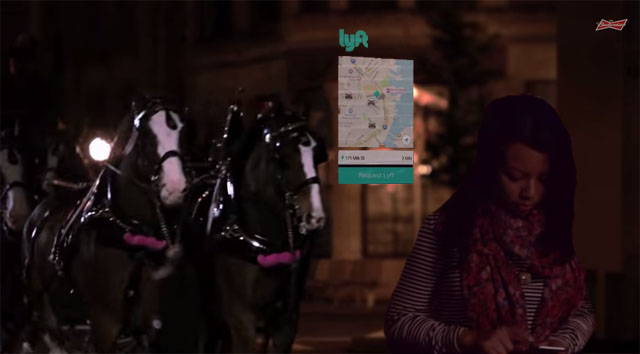 The internet went wild yesterday with an article from the Wall Street Journal that implied the famous Budweiser Clydesdales were not part of a new marketing campaign aimed at getting more legal drinkers in their 20s drinking Budweiser. While the new ads will feature a younger slant and more “Jay Z and zombies, Anheuser-Busch issued a statement calming fears that the Clydesdales were getting the boot.

According to USA TODAY, the following was included in the statement:

“The story this morning may have left a wrong impression – the Budweiser Clydesdales will, in fact, be featured in next year’s Super Bowl advertising and are also a part of upcoming holiday responsible drinking advertising,”

The Budweiser Clydesdales have been part of the company’s ads since 1986 and a spot last year, “Puppy Love” placed atop the USA TODAY Super Bowl Ad Meter. Their commercials have traditionally been some of the most well-received Super Bowl ads. The horses, which have stringent requirements to be part of the famed hitch, have been part of company lore since August A. Busch, Jr. and Adolphous Busch III surprised their father with six of them on April 7, 1933. The horses were a gift to celebrate the end of Prohibitiion.

Along with seeing the Budwesier Clydesdales in a Super Bowl commercial promoting Budweiser this year, you can also follow them on Tumblr and see them at events around the country. The are also a popular part of the Anheuser-Busch Brewery tour here in St. Louis. “Big Jake”, a Budweiser Clydesdale that is too tall to be on the traveling hitch, makes his home at the brewery and is popular with tourists and employees alike. Clydesdales can also be seen at Grant’s Farm and Warm Springs Ranch, the 300-acre breeding grounds in Cooper County, Missouri.

The new commercial, part of the #HolidayBuds campaign, was released on November 24, 2014. It takes a page from Bud Light’s #UpForWhatevever campaign in surprising ordinary beer drinkers with something completely unexpected. In this case, it’s folks waiting for a Lyft in Boston. The Clydesdales even arrive sporting the familiar Lyft pink mustache.