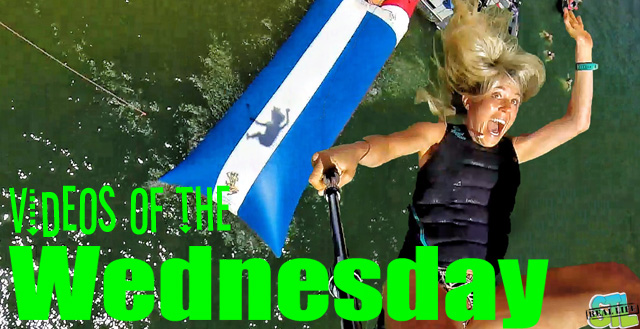 The fraternity, Delta Tau Delta, had to have a meeting with the University of Missouri’s Title IX coordinator when someone in the Greek Life office decided they weren’t exactly being “gentleman”. Was it a dick thing to do? Yes, but it most certainly didn’t need to be handled by the Title IX coordinator. Whomever is in charge of the fraternities there nowadays should tell the guys that this is a great way to piss off every sorority on campus and make sure they are spending their time at houses other than Delt.

The clip shows Dustin Diamond, played by Sam Kindseth in the Lifetime Movie, arriving on the Set of Good Morning, Miss Bliss.

Best Dad Ever? From Mashable

Originally found on Total Frat Move. How outrageous does just about everything in this video look? Here’s the behind-the-scenes video.