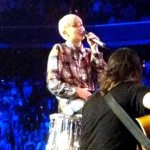 Miley Cyrus Bangerz Tour: After re-scheduling her tour due to an allergic reaction to an antibiotic she had taken to treat a sinus infection, the Bangerz Tour is back on. Next stop – St. Louis. Bangerz has been getting rave reviews including Entertainment Weekly calling it “…utterly fresh, a pop blitz from a hip-hop blueprint, and proof that Miley won’t settle for just shocking us.” Us Weekly declared it “the year’s most titillating pop explosion” awarding the album 4 stars. I saw it in D.C. and here are my reasons for declaring it a Must-See. Tickets start at $32.55. She has also added Lily Allen to select tour dates, with St. Louis being the final one. 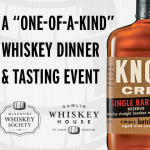 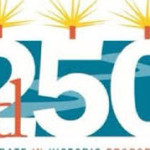 Free Family Day at 1904 World’s Fair: An STL250 event. Experience what it was like to be at the biggest World’s Fair ever held and held right here in St. Louis. Watch actual movies made 110 years ago. See the amazing sites your great grandparents saw – the biggest Ferris Wheel in the world – each car held 65 persons and people got married on the Wheel. Meet the smartest horse that ever lived and who could spell. Listen to the music of the Fair and sing together the famous song “Meet me in St. Louis, Louie.” See objects that were at the Fair – even pieces of the actual buildings. Best of all see the Fair in 3d – each person will be given a special pair of 3d glasses to explore the Fair in depth. Presented by Karl Kindt, instructor at Webster University and member of the St. Louis World’s Fair Society; he has taught a course about the 1904 World’s Fair, in addition to other courses of study. 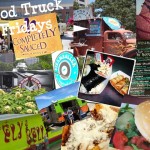 Food Truck Friday: The 2014 Food Truck Friday season is in full swing! Head out to Tower Grove Park with a lawn chair or blanket and a healthy appetite this Friday. There will be food from over 20 food trucks, including drinks as well. Enjoy live music this week from Western Satellites. 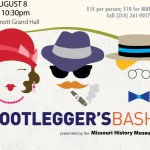 Bootleggers Bash: To celebrate American Spirits: The Rise and Fall of Prohibition exhibit currently open at the MO History Museum, it’s time to break out your best Roaring 1920’s attire, from flappers, to fly boys, daddies, and dames! Swanky prizes awarded for best costume. Enjoy a complimentary dessert bar, free admission to the exhibit “American Spirits: The Rise and Fall of Prohibition” with a fun scavenger hunt, a blackjack table, a photo booth, live dance performance by Christian & Jenny, door prizes, and more. Enjoy a night of fun in a Prohibition-era speakeasy with plenty of hooch at our cash bar, and the signature drink: The Bee’s Knees. Tickets are $15 per person. 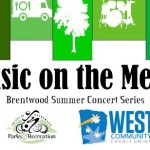 Music on the Menu: A free summer concert series in Brentwood. This weekend’s live music is from the popular Blues & Folk band, Bottoms Up Blues Gang, Bring a lawn chair or blanket and head out to the park for some food, fun and dancing. The food trucks that will be on-site to serve you delicious dinner this Friday are Taste-D-Burger & Curbside Cookery.

The Violinist: Back by popular demand, The Violinist returns to St. Louis with an all new plot, cast and crew. The story of Thomas, a 13-year-old boy with autism, takes audiences on a thrill ride of deception and murder, as a young boy must overcome all the odds to bring down the dangerous villains pursuing him. From award-winning director, Kirsten Wilder and written by the mother of a child with autism, The Violinist combines inspiration, humor and intrigue to shine new light on the face of autism. A live string quartet will play an all new musical score with a cool new song written by L.A. composer, Bryan Arata (Spiderman 3, Live Free or Die Hard and Shooter). Don’t miss the opportunity to be part of this wondrous experience. 100% of the proceeds got to local St. Louis charity: Action for Autism. Tickets start at $30. 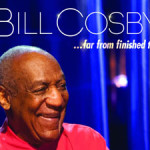 Bill Cosby in St. Louis: Whether you remember Bill Cosby from the hit television show I Spy, or in movies like Uptown Saturday Night, the voice of Fat Albert from his cartoon Fat Albert and the Cosby Kids, or the obvious, The Cosby Show, or his long standing work as a stand-up comedian, Bill offers something that appeals to audiences of all ages. Bill took a break from TV for awhile and has been travelling the US on his stand-up comedy tour since 2011. He will be bringing his award-winning comedy to St. Louis this Saturday, one night only, at Lumiere Theater. Tickets are $30-$50. 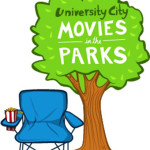 U-City Movies in the Park: The fourth annual University City Movies in the Parks series features movies that were selected by a committee of volunteer residents, based on a list made-up of suggestions from last year’s “Viewers’ Choice” poll, as well as requests from local youth. The screenings begin after sundown (approx. 8:15 p.m.). This week’s movie, 42: The Jackie Robinson Story, is Rated PG-13. It stars Academy Award nominee Harrison Ford as the innovative Dodger’s general manager Branch Rickey, the MLB executive who first signed Robinson to the minors and then helped to bring him up to the show, and Chadwick Boseman as Robinson, the heroic African American who was the first man to break the color line in the big leagues. Bring a blanket and pillow and relax under the stars. 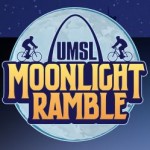 Moonlight Ramble: The 51st Annual Moonlight Ramble is here! Grab your bicycle and join us under the light of the moon for a bike ride adventure! The annual Moonlight Ramble is the “World’s Original Nighttime Bike Ride” held in St. Louis at midnight near the full moon in August. Attracting thousands of riders each year, the event includes a leisurely bike ride through the streets of St. Louis, a vendor area, entertainment, a commemorative event shirt (it glows in the dark), and an after-ride party with snacks and drinks. New this year – one lucky rider will win a trip for two to the RIU Palace Riviera Maya, in Riviera Maya, Mexico courtesy of Apple Vacations!

Happy Together Tour 2014: The 30th anniversary of the Happy Together Tour, this year’s tour is comprised of The Turtles featuring Flo & Eddie, Chuck Negron formerly of Three Dog Night, Mark Farner formerly of Grand Funk Railroad, Mitch Ryder and The Detroit Wheels and Gary Lewis & The Playboys. The Happy Together Tour has become one of the most successful summer tours in existence, constantly hitting the road and celebrating the music of the 60’s for thousands of “Happy” fans to enjoy across North America. In all, the five artists on this year’s tour have over sixty Top 40 hits to choose from, including six number one songs. 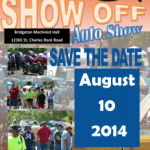 Show Off Auto Show: The 4th annual show, presented by As You Go Events, welcomes you to a day filled with beautiful, classic, antique, muscle and specialty vehicles. Spectator admission is free and open to the public. The day will include attendance prizes, back-to-school giveaways, a community blood drive, raffles, a Kidz Zone, live music, food trucks, an indoor shopping extravaganza & quarter auction. Bid for as little as 25 cents! Pets are welcome on leashes. 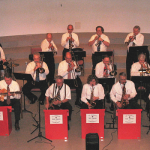 Big Band Summer Concert Series: St. Charles Big Jazz Band will be performing as part of St. Charles’ annual summer concert series. Tap your toes, dance along, or just sit back and relax to music’s greatest hits performed by the The St. Charles Big Band! The 18 piece Big Band, under the direction of Earl Kreder, covers music from the 1930’s to the 1980’s. 2014 marks the St. Charles Big Band’s 15th season! Grab a lawn chair or blanket, bring a picnic basket, and head out to Frontier Park, a beautiful setting on the banks of the Missouri River in Historic St. Charles – a perfect place to experience music! The performances are free and open to the public.