Madonna. Justin Beiber. Beyonce. The Beatles. Brad Pitt. These are household names. Virtually everyone knows at least one, if not all of them. Some love them. Some hate them. For many, celebrity news is a secret guilty pleasure. For others, myself included, we adopt a “if you can’t beat ’em, join ’em” philosophy and get sucked in to the glamorous world. Regardless of your personal stance, there is no denying that we are a celebrity obsessed nation. 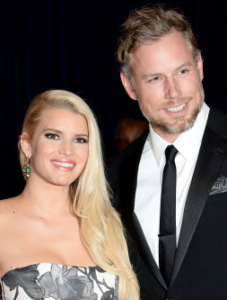 Every morning on my drive to work, there is a local radio station that gives a pop culture news report. Today’s “headline” caught my attention more so than usual. The breaking story was something along the lines of “Jessica Simpson’s Shocking Name Change!” Apparently, a woman getting married and posting “Mrs. Johnson” rather than “Ms. Simpson” on social media is news worthy. The media is abuzz with questions, “Is she changing her name? She didn’t change her name with her first marriage, why now? Will this be a new Hollywood trend? Is this the end of feminist progress as we know it?” Even the host of the radio show was a bit baffled that this story was making headlines. What is even more puzzling is that this seems to be an exclusively American obsession.

Several years ago I got the life-changing opportunity to spend a week in Ecuador. With a friend of mine spending a semester abroad there, I quickly joined her. Staying with her host family and getting to know the local people and their culture, I got to experience Ecuador, not just view it from a tour bus. I met so many great people during my stay and am still friends with many of them. One conversation I will never forget took place at a pirate ship bar, overlooking the city of Guayaquil at the top of Las Penas. While rewarding ourselves with a local brew for climbing the 300+ stairs to the top, the conversation turned to celebrities. It was quickly established that Ecuador, like many other countries, does not share the same awe-inspiring devotion to celebrities that we do in the States. As one Ecuadorian friend put it, the United States has enough celebrities for the entire world to share. 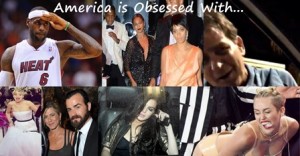 There are many theories as to why we focus so much on the lives of celebrities. Ever the positive optimist, my friend Matt writes, “It’s all an illusion to keep you docile while the powers that be make your life miserable…a la hunger games.” While I’m not quite sure that an interest in celebrity culture equates to a life or death game with the powers that be, there may be something to the idea that our interest in celebrity culture provides a much needed distraction from our own lives. In a society where time is money and stress just another daily inconvenience, sometimes we need a little fantasy world to escape to. I will never give up time with friends and family or intelligent conversations to save my sanity, but sometimes a girl just needs a little Bravo, E!, and People to make her life seem normal.

Rachael is a transplanted small town country girl who has been living the city life since 2009. One of twenty-six members of her immediate family, she is no stranger to chaos and loves the busy life. Among her many talents are: cooking, sewing, dancing the night away, trivia expertise, and shaping her tongue into a three-leaf-clover. As a die-hard Cardinals and Blues fan you can often find her hanging out with friends at a game, or stalking her local sports bar for scores.