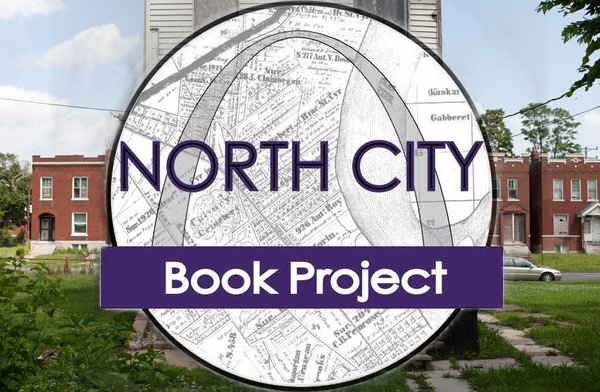 When Nikki DeLeo read an article in the New York Times back in November about North St. Louis, she realized it was time to “flip the script” and give a voice to students of those neighborhoods. She knew they knew what was being said about their community and the perceptions people had about it. With the NYT piece, In Places Like North St. Louis, Gunfire Still Rules The Night, DeLeo felt a “hopeless story was being told” She saw the stories of only a few individuals being told and not what should be a larger narrative for the community. The story by John Eligon opens with a man named Montez Wayne hearing a gunshot and wondering if that day one comes with his name on it. Wayne has been dealing drugs since 14 and admits his affiliation with a local gang. He’s been arrested several times for drug possession and trafficking and won’t tell the author whether he has ever shot anyone. He does admit to previously being armed while breaking into the homes of other dealers and says he has tried to straighten himself out in the past. It’s that “pull of the streets” that DeLeo sought to address.

“This article was the breaking point for me.  In the media, we only hear negatives about communities North of Delmar Blvd.  No one chooses to focus on the community events, outreach, alumni movements from high schools, entrepreneurs, or intelligent students.”

Cue the North City Book Project. Nikki currently works with Teach For America in a role where she coaches TFA teachers in North City elementary and middle schools. She previously taught math in a North City middle school for two years before this. She met with those around her and came up with the idea for the Book Project. It’s an entirely public-funded project that allows school children to express their own feelings and stories about their community. Student volunteers from more than 15 schools in the area participated in a Writer’s Workshop in February. Students in grades 3 through 8 wrote their stories and then other students in Kindergarten, 1st and 2nd illustrated them. Their works are being compiled into a book that will then be sold with the proceeds funding a college scholarship to a graduating senior of a North City high school.

The book is inspired by Denzel Washington’s A Hand To Guide Me. Washington shares his own story in the book of how a mentor guided him early on in life. 70 other celebrities from Jimmy Carter and Bill Clinton to Whoopie Goldberg and Dick Vitale also share their stories.

In the name of full disclosure, I’ve been friends with Nikki for a couple years now and I got the chance to ask her some questions about the North City Book Project.

What were your initial feelings when you read the NYT article?

“I initially felt like a hopeless story was being told.  To greater St. Louis, and nationally, a story highlighted violence in North City and only portrayed a few positive aspects.  The people that were interviewed told their stories and I very much respect them for their sharing.  I believe that they all want what’s best for North City, but their dedication, love and sense of community was overshadowed by the “pull of the streets.”

What do you think they got most wrong? Most right?

“I think that the article spoke to the stories of a few individuals.  Those stories should not be the narrative for an entire community, especially one with as much greatness as North City.  This article was the the breaking point for me.  In the media, we only hear negatives about communities North of Delmar Blvd.  No one chooses to focus on the community events, outreach, alumni movements from high schools, entrepreneurs, or intelligent students.   Because of this, we want to flip the script and give voice back to the students of those neighborhoods.  Our book is serving as both a story of truth and as a symbol of the start of a different story.”

What were some of the things you were most excited to see come out of the kids?

“ I wanted our students to be able to have a conversation about what they are hearing and how that made them feel about their community.  It wasn’t an easy conversation to have. Often times kids aren’t brought into conversations around stereotypes and inaccurate messaging.  They are far more perceptive than we give them credit for.  They know what is being said about their community and are identifying these trends at ages as young as five and six years old. “

Was there anything that surprised you?

” I knew the kids would do great things. The encouragement from student to student was so inspiring.  As soon as students started working, they were helping each other come up with ideas, editing work, illustrating each other’s stories.  They even spent time practicing public speaking and giving feedback to each other.  This was in preparation for our book launch where several students will share their pieces.”

How has the community reacted to this?

“We have had great support from families and community members. The past few months have served as a time to really wrap support around our authors and help them share their stories.  I’m excited to see the community attendance at our book launch on May 3.”

The North City Book Project was launched on Fundly.com last night. For $20, you will receive a copy of the book when it is published. For $50, you will be funding the purchase of a book for one of the student authors along with your own copy. A $75 donation will purchase a copy for yourself, a student author and a copy for the school library. Those making donations are encouraged to share a comment about North City and why they are supporting the project.

Those testimonials will be used at the book launch on Saturday May 3 from 2-4 pm at Carr Lane Visual Performing Arts.