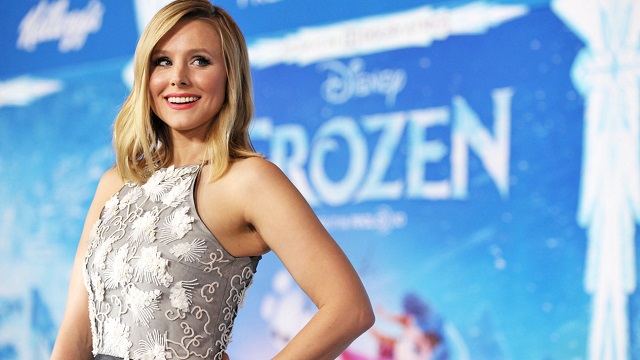 It wasn’t that long ago that Idina Menzel’s performance of ‘Let It Go” at the Oscars was all the rage. Now, another performance of a Frozen song has taken its place. Video recently surfaced of Kristen Bell singing “Do You Want To Build A Snowman” and “Love Is An Open Door” from the ridiculously popular Disney animated film. The video is from two months ago when the cast got together to sing songs from the movie at the Vibrato Grill Jazz Club in Los Angeles. Bell voices Princess Anna, sister to Menzel’s Elsa, in the film. She said that playing a Disney Princess has always been a dream of hers. The movie tracks Anna from childhood to adulthood and Bell voiced all three. She uses all of those voices in singing “Snowman”. Before Frozen, Bell’s voice was most famous for being Gossip Girl in the hit show from 2007-2012. She was most recently on the big screen in Veronica Mars, where she reprised her role as the lead character.

Bell also sang a duet with castmate Santino Fontana at the Vibrato. He voices Hans, Anna’s fiancé. The pair sang “Love Is An Open Door”.   Here are some other highlights from that evening in LA.   Note: Disney has made the terrible decision to have videos of these performances taken down so we will try to update with working videos if these come down. Brought to you by Mills Properties