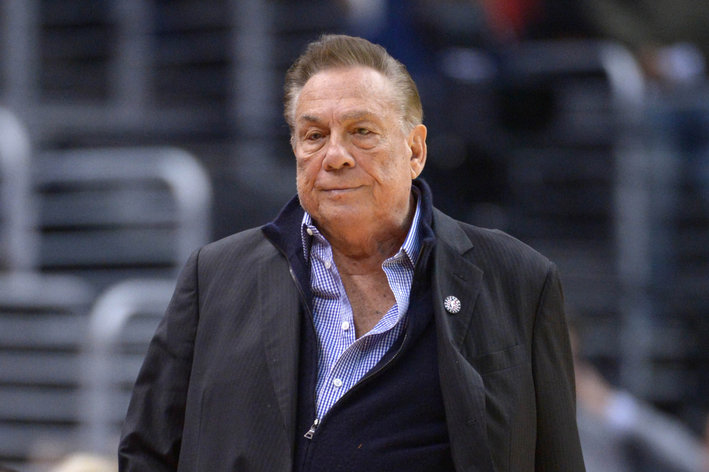 I would’ve written this post earlier. Yesterday morning, in fact. But I couldn’t decide whether or not I would be able to articulate my thoughts in a clear manner. I don’t want you to read what I am not writing. Please understand that I love all people—every color, shape, and size. Like most, I do not agree with Donald Sterling’s stance on African-Americans. I do not endorse racism of any kind. However, something seemed wrong about Sterling’s “punishment.” For racist remarks he made to his girlfriend, he has been banned forever from the NBA by commissioner Adam Silver, and fined $2.5 million dollars.

From what I’ve observed, the popular opinion is that he deserves this punishment. But there is a problem—a deeper problem—with what Silver has done. Silver has done more than strip Sterling of his job, or position as owner of the Clippers NBA team. He has banned Sterling from ever attending an NBA game again. What has really been done is this: A man has been stripped of a right, not because he has done something illegal, but because he has held an unpopular opinion—in private, for that matter. Again, I DO NOT AGREE WITH STERLING OR HIS RACIST COMMENTS. However, I do not necessarily think it is okay, or just, for people to be stripped of their rights of free speech or rights to their own opinion, when they have not actually harmed anyone or done anything illegal.

I am aware that the NBA also has rights to protect its business. I am not saying that the NBA cannot punish Sterling based on its policies. I’m simply posing the idea that maybe it shouldn’t, as a matter of principal.

What if it is you, who holds the unpopular opinion? What if everyone around you supports your demotion, simply because they do not agree with your views on a particular topic? What if you had actually done nothing to harm someone, yet were publicly shamed for a conversation you had in private? I would imagine you might feel differently than you did when you learned about Donald Sterling.

I was taught that if a person does not love others, they need love from others. I am NOT saying that Sterling should be praised or rewarded for his hateful opinions. I am saying that instead of hating a hateful person, why not teach him how to love by ourselves loving?

I sincerely hope my thoughts have not offended you…but after all, I do have the right to express them. And, so do you! What do you think? What are your thoughts on ending racism? On Donald Sterling’s “punishment”? Was it fully deserved or a little over the top?

“If we’re taking something somebody said in their home and we’re trying to turn it into something that leads to you being forced to divest property in any way, shape, or form, that’s not the United States of America.” — Mark Cuban, owner of the Dallas Mavericks

Donald Sterling Should Sell the Clippers, but the NBA Shouldn’t Force Him to Do It

“Magic Johnson could have taken this thing to a nice high level … and he could’ve said, ‘I don’t care what Donald Sterling says'” — Larry Elder, KABC Talk Radio

“Not agreeing with racism or what he said, but Donald Sterling should be allowed to say what he wants. First amendment.” — @CameronLuke007