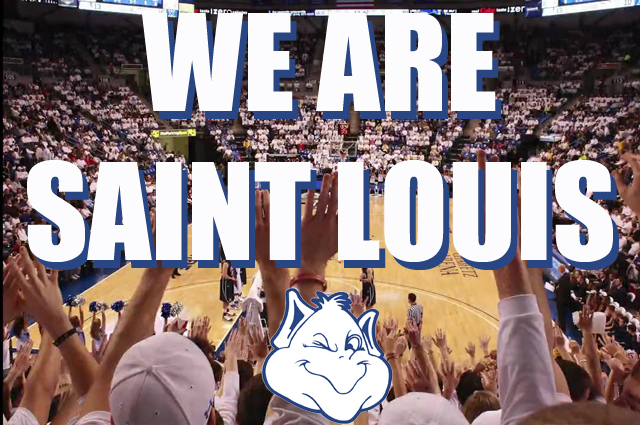 If you’ve been to a Saint Louis University Billikens men’s basketball game at Chaifetz Arena, you’ve likely heard the student section break into its “We Are Saint Louis” chant. It’s a pretty awesome thing to see.

It’s also pretty much without questions that the university has the coolest mascot in the country.

Ever wondered what a “Billiken” is? Here you go.

Senior Jordair Jett was named the A-10 Conference Player of the Year yesterday in a vote of the league’s coaches. Billiken head coach Jim Crews was also named the Coach of the Year for the second time in as many years. Crews is also a finalist for the Henry Iba award as National Coach of the Year.

Joe Lunardi over at ESPN has the Billikens getting a #5 seed in his latest “Bracketology”. He has Saint Louis playing Louisiana Tech first in San Diego.

)
Brought to you by Mills Properties