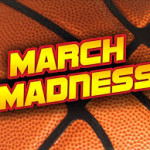 The brackets are working, the pools are swimming, and alas, no one wins the $1 Billion! I did have great plans for that billion…

March Madness is in full swing and there are 16 teams heading to “The Dance.” It just so happens that some of the coaches have some interesting dance moves of their own! Check out these videos of coaches busting it out!

Of course ESPN started it off with their commercial.

A little tame, but we have to start somewhere, right?

And back in 2007, University of Wisconsin coach Bo Ryan kicking it to Soulja Boy’s “Crank Dat.”

After the Aggies’ 57-56 victory over the Tennessee Volunteers on Saturday, Jan. 11, everyone on the team, including head coach Bill Kennedy and assistant coach Glynn Cyprien, showed their moves.

Before Michigan State’s Tom Izzo and his team made it to the tourney, Coach Izzo was doing a little shimmy selling ladders.

His players were not impressed with his dance skills!

And last, but certainly never least in my heart, is Iowa State’s own Fred Hoiberg. After last night’s way too close, you almost gave us a heart attack win over North Carolina, the usually controlled and even-keeled Coach Hoiberg decided to bust it out in the locker room.

My dad might have the worst dance moves of all time.

And Coach later texted his daughter to apologize for embarrassing her too! Thankfully, everyone in Cyclone Nation, including Fred’s kids, could care less about his dance moves. It’s the moves on the court that will count in the next couple of weeks. And anyone who knows The Mayor, knows his moves on the court are still stellar!

Can you tell I am a member of Cyclone Nation? Go ‘Clones!

Disclaimer: The video content of Coach Hoiberg is property of CBS Sports.

This Weekend in St. Louis Ryan 739 days ago.

This Weekend in St. Louis Ryan 739 days ago.