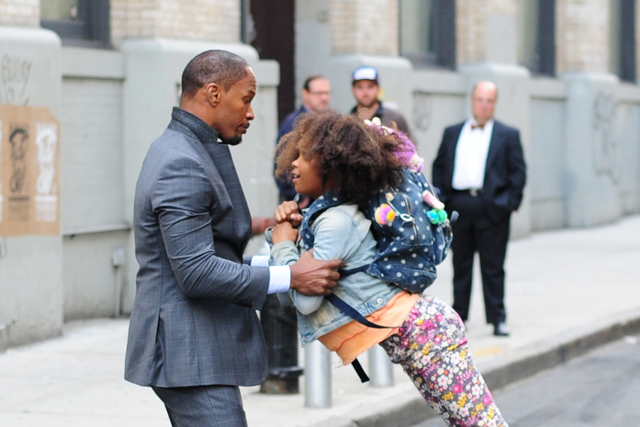 Check out the trailer for the ‘Annie’ reboot. The new film will open in December on this year. It stars Rose Byrne, Cameron Diaz, Jamie Foxx and Quvenzhane Wallis in the lead role. Diaz plays the head of the orphanage, Miss Hannigan. Carol Burnett played that role in the original. The character of “Daddy’ Warbucks played originally by Albert Finney, sees his name changed to Benjamin Stacks. Foxx takes on that role. The new Annie will open on December 19, 2014.

Quvenzhané Wallis became the youngest nominee for Best Actress in a Leading Role when she was nominated at the 2013 Academy Awards for her role in Beasts of the Southern Wild. She also played Margaret Northup in 12 Years A Slave, the 2014 Oscar-winner for Best Motion Picture of the Year.

The 1982 original grossed $57 million total at the box office and became a classic. Aileen Quinn played the lead role and the film was nominated for an Oscar in both art and music categories.