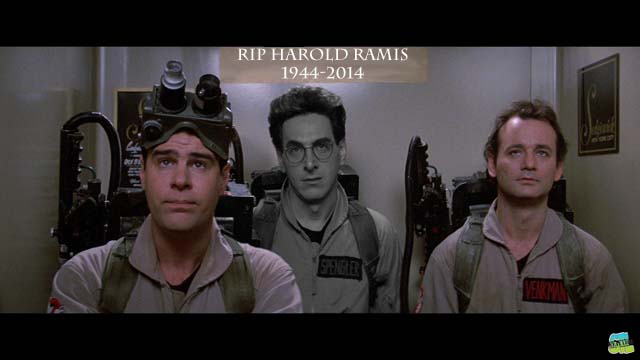 Ramis is best known for his roles in Stripes and Ghostbusters. He was the writer and director on Caddyshack and Groundhog Day. According to his wife “he died at 12:53 a.m. from complications of autoimmune inflammatory vasculitis, a rare disease that involves swelling of the blood vessels.”  I will always remember Ramis for writing Animal House back in 1978. The man is the genius that also gave the world Meatballs, Back To School and Analyze That.

STL region will likely get its first app-dispatched car service next week. #fgs

Uber has been in a fight for months now with the Metropolitan St. Louis Taxicab Commission. The Riverfront Times is speculating they are the company coming to St. Louis. Lyft is probably a better possibility, though. They have been posting ads recently looking for drivers. Lyft connects people needing rides with people who are offering rides through their mobile app. The company charges for rides in some cities while taking “donations” in others. Amounts vary by location. The CEO of Lyft recently announced a change in the pricing system but said prices will still be about 30% less than a typical taxi. Lyft recently announced they are raising another big round of funding. Lyft already has a St. Louis connection. It was originally called Zimride back when it was founded in  2007. Last year, the company sold its Zimride assets to Enterprise. Zimride isn’t the on-demand service that Lyft is.

Drivers for companies like Lyft and Uber are contractors rather than employees. This is being challenged in Arizona where a 6-year old girl was killed by an Uber driver who may or may not have been using the Uber system at the time.

The community aspect that this Lyft video speaks of will play very well in St. Louis.

**Update* We were both wrong. The Riverfront Times has updated their story with a quote from Maggie Crane, the St. Louis city spokeswoman. Carmel is the company that has a hearing tomorrow morning for a license. Carmel currently advertises service from Lambert. It will cost you $42 to get downtown or $75 to get to Eureka.

It’s still exciting that this company at least has a hearing, but not as exciting. St. Louis still has to deal with an awful taxicab system and a Commission that is even worse. This the same Commission that shelved the BarCycle for most of a summer when it first hit the streets.

Piers Morgan getting the boot

CNN will put an end to Piers Morgan Live possibly as early as next month.

Jason Collins plays in the NBA

The Brooklyn Nets signed the 7-footer to a 10-day contract yesterday and he played 11 minutes in the team’s 108-102 win over the Los Angeles Lakers last night. Collins became the first openly gay athlete to play in the NBA. He came out in April, but the journeyman center had been a free agent until now.

The St. Charles-based company recently signed a deal with U.S. Synchronized Swimming to be their official apparel sponsor through 2017. Andrea Robertson’s company started two years ago with a line of triathlon suits. The company was an Arch Grants recipient in the most recent class.

Clowney ran the 40-yard dash in 4.47 seconds today at the NFL combine. That’s about as fast as Cam Newton and Colin Kapernick Jr. ran theirs. At almost 270 pounds, it’s a pretty good idea to stay out of the big man’s way. If you don’t, this could happen.

Jaime Garcia won’t be in Cardinals rotation to open season

The lefthanded pitcher experienced something in his shoulder at spring training and has flown back to St. Louis so doctors can try to figure out what is going on. Bernie Miklasz of the St. Louis Post-Dispatch wrote on Saturday about how fortunate the Cardinals are to have the pitching depth they do.

Dale Jr. got his first win in 56 races last night and his second win at Daytona. His win came after a 6 hour and 22 minute rain delay. Fans across the country and several news outlets, including Fox News and ESPN were tricked into thinking Jimmie Johnson won the race. Fox was showing a replay of last year’s race during the delay.

Ronda Rousey caught Sara McMann with a knee to the midsection just over a minute into the first round of their fight to retain her UFC title. Here’s a rundown of the rest of UFC 170.

If you expected anything more than awful coverage from NBC at the Closing Ceremonies in Sochi then you live in a land of rainbows and unicorns. Deadspin reports that the network edited out 38% of the ceremony for its tape-delayed broadcast. NBC heavily touted their “free streaming” of events when if fact you had to have a full cable television subscription to watch. CBC in Canada luckily was 1,000 times better and savy interneters were able to watch their broadcasts for free. NBC almost ruined the moment for an athlete’s friends and family.

Because television networks are out of decent ideas, Heroes will be back on the airwaves in 2015. Tim Kring, the show’s creator, is on board for the reboot. It will be called Heroes Reborn. MTV has nine shows that would be brought back if network executives had common sense.

People are dying in Ukraine and Venezuela

The future of Ukraine is in serious question right now. Over 100 protestors have been killed and the former President is now a wanted man. Power has shifted to a new group and Russia is not very happy.

Two weeks of anti-government protests have left more than 10 people dead in Venezuela. President Nicolas Maduro is accusing the United States of backing the protests, which started amongst University students and quickly gained traction.

Joaquin “El Chapo” Guzman was Mexico’s most notorious drug dealer. He is now behind bars. Guzman used an incredibly elaborate system to evade capture. It included a network of safe houses with trap doors that led to underground tunnels. The whereabouts of his young beauty queen wife, this mother of two of his children, are murky. She is either hiding out or was the unidentified woman he was reportedly arrested with. Guzman has a net worth of over a billion dollars.

Bieber’s DJ “dropped a mixtape” over the weekend. It’s the first music he has released since his recent arrests and asshattery. Here’s one track from the tape, “Broken”.

Lego does it again

The Lego Movie brought in another $31.5 million to lead the box office for the third straight week. It has now grossed more than $180 million domestically. Kevin Costner’s 3 Days to Kill came in second with $12.3 million and Pompeii pulled in $10 million. Pompeii has quite a long way to go to make back its $100 million budget. RoboCop ticket sales fell 56% to $94. million and The Monuments Men rounded out the top five with $8.1 million. We’ll have a more in-depth look at the numbers on Thursday in our Weekend Movie Guide.