I’ve seen this video posted by multiple people. Watch the video on YouTube and you’ll see the same video posted no less than five times by different accounts. So, what gives?

The man in the film is Frankie McDonald as he says early on in the clip.

He has a blog but it only has one post from back in 2012. Frankie’s chosen medium is  YouTube, where he has a bunch of videos of him talking about weather. The most popular video has over 396,000 views. All of them are of him apparently reporting live from Nova Scotia about weather. Well, except this one.

Who is the man behind the weather reports? He’s a 28-year old man that really lives in Sydney, Nova Scotia. He does the weather reports for fun and enjoys the positive comments he receives. Sure, he gets negative comments, but he tries to ignore them. You see, this isn’t some comedian doing these to try to get a laugh. He’s doing these for fun. Anyone saying negative things about Frankie can go to hell. 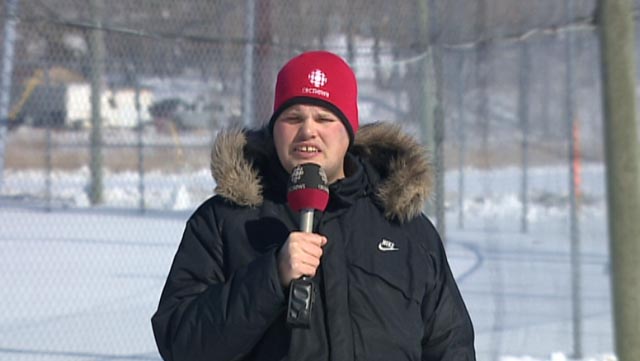 This Weekend in St. Louis Ryan 736 days ago.

This Weekend in St. Louis Ryan 737 days ago.