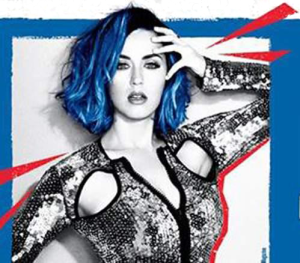 On February 1, 2015, Katy Perry will perform as part of the Super Bowl XLIX Halftime Show. For many television viewers around the work, the actual game is somewhat of an afterthought. TV viewership of the Super Bowl has risen from an estimated 73.85 million in 1990 to an estimated 111.5 million last year. A good number of those fans tuning into the game won’t count themselves as fans of the Seattle Seahawks or New England Patriots but rather will tune in to see the Super Bowl XLIX commercials and the Halftime Show.

Considering Katy Perry has 64 million followers on Twitter, it is guaranteed that Twitter and other social media outlets will see a massive amount of activity during this halftime show. If Butters, Perry’s dog, makes an appearance during the event, it is likely Twitter will explode.

HERE ARE SOME OF THE BEST PLACES IN ST. LOUIS TO WATCH THE 2015 SUPER BOWL

Perry and guest Lenny Kravitz join a long list of well-know and not so well-known figures to have headlined the event.

Prior to 1991, the halftime entertainment was pretty underwhelming, with college marching bands, Up With People and Carol Channing among the performers. We mean it when we say not that exciting. Watch

Actually the 1992 Halftime in Minnesota was pretty terrible. Terrible enough, we will just link to part two.
Then  in 1993, The King of Pop gave a show that is still one of the best ever. USA TODAY’s FORTHEWIN ranked this as the #1 Super Bowl Halftime Show of All-Time.

Here are more of our favorite Super Bowl Haltime Shows

What in the hell is she wearing?

We could only find the first half online unfortunately.

Most notable for her helicopter exit.

Disclaimer: We couldn’t find the full footage of this show

Seriously it opens with swing music

We’re pretty sure Newsday was kidding when they implied that Bruno Mars wasn’t a household name yet in this preview of the show.

Here’s a full list of performers through the years.