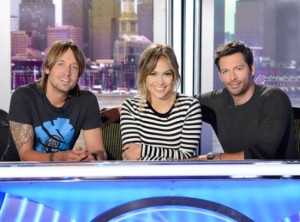 I’ll admit, I’m a huge fan of singing and dancing competition shows of almost any kind. I watched the first couple of seasons of American Idol religiously. But then it became mundane. New shows like The Voice came out, and between the back and forth ‘do they hate each other or is this for ratings’ banter between Ryan Seacrest and Simon Cowell, the crazy drug-induced rants of Paula, Steven Tyler’s nonsense catch phrases and constantly trying to steal the limelight, and the whole diva circus showdown last season, I thought I was over it. 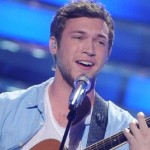 I watch American Idol, The Voice, The Sing-Off, Dancing With The Stars, etc for the singing and dancing. Of course it’s important to have celebrity judges and for those judges to have personality, but there’s something called over-kill and the rapidly decreasing ratings over the past couple of years speak to that. And it has nothing to do with the talent. Scotty Mcreery in Season 10 made country cool (I’ve always thought country was cool, but it took the rest of the world a while to catch up). The amazingly talented Phillip Phillips came out of Season 11. I didn’t watch last Season because the Mariah and Nicki train wreck was too much for my nerves, but it’s not the talent that’s lacking, it’s all of the other non-singing related nonsense taking over the show. No one wants to see that; we want to see talented singers performing great songs. That, Fox, is why we tune in.

So here we are now. Season 13 just kicked off and the judges are J. Lo, Harry Connick Jr, and Keith Urban. J. Lo, who if you’ve been watching, is every Idol contestant’s dream to meet. The same people who are auditioning for the show are the ones who are watching. So there’s Step 1 to getting the show back on track. No offense to Randy Jackson as he was always the moderator between all the craziness, but it was time for him to go. Step 2 complete. 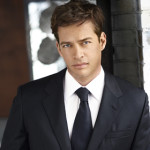 The addition of Harry Connick Jr is Step 3. Sure the running joke is that most of the contestants don’t know who he is, but that’s not important. Look at Dancing With The Stars. Nobody knows those judges, but we still love the show. Look at Blake Shelton from The Voice. A lot of people didn’t know Blake in the beginning, but between his fun personality and his bromance with Adam, he’s made the judges panel a success. Harry has won the viewers over with his funny personality and his goofy but not over-the-top antics, not to mention he’s a gorgeous man. Picking up contestants and cradling them like babies while they sing to him, telling 15-year old female contestants it creeps him out when they sing about “adult” topics; it’s what the show needs without over doing it. The atmosphere at the judges table this year reminds me of the camaraderie on The Voice, and it makes me excited to watch again!

Getting Back To The Basics: Finally, the show has put the focus back on the singing. The judges are no longer taking center stage. They’ve also put the focus back on the real talent, and less on the jokesters and those just looking for their 15 Seconds of Fame. I would be lying if I didn’t say part of why I love watching Idol auditions is for the William Hung’s of the world, but they shouldn’t take up as much of the show as the real talent. The 2-day Season Premiere showcased the talent. Tons of Golden Tickets were given away and there was a lot less of the hysterics and 2nd and 3rd songs being performed from the crazies who don’t believe they’re not good enough.

The auditions are always my favorite part; the time when I get to hear raw talent stand up and belt out a tune a capella for that Golden Ticket. It’s before all the hype, before they let someone else start picking songs for them to sing, and before they take an already amazing song and change it up to “make it their own” which almost always ends in butchering the original version. So while I don’t know if they will be making more changes further on in the show to fix all of those annoying “you picked the wrong song” discussions, so far my DVR is set to record and I’m hoping to see American Idol make a comeback this season.

What are your thoughts? Have you abandoned American Idol or are you willing to give it another chance for Season 13?