A new kind of city tour is spreading across America. City Running Tours. I recently heard about these tours in Washington D.C. Created in New York by Chiropractor Michael Gazela in 2005, they are now in 11 major cities throughout the U.S. However, St. Louis is not one of them.

I know St. Louis has a variety of options for touring and learning about the city, including St. Louis Fun Trolley Tours, which seem like a fun time. But I think to really experience the city, you want to be out and about. You want to get close enough to touch the Arch, to read the monument signs, and to stand in the fountain at Forest Park. We also have Segway tours, which get you that up close and personal tour, but don’t have the same capacity for places you can travel as a running tour would. 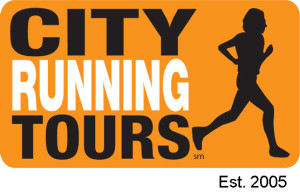 While I have yet to join a D.C. City Running Tour, I love the idea. Instead of wandering around aimlessly, trying to cover everything, and hoping not to get lost, you have your own tour guide. Not  to mention, it’s a great way to stay active while traveling. There are several key pieces to these tours that I find effective.

1. They offer personal running tours where you can map out where you want to go and what you want to see, and that’s where your tour guide will take you. If you’re a runner, you can run as many miles as you want. If you’re not so much a runner, and would rather jog, stopping periodically to walk, you can also do that. Your guide will snap pictures of you at attractions where you choose to stop. And my favorite part – you get a goodie bag with a t-shirt and souvenirs of the city!

2. They offer group tours with specific designations. So if you’re visiting a city for multiple days and don’t want to visit everything in one day, you can spread your runs out daily and join other tourists on these group runs. So you’ll see a different part of the city each day, and get your daily exercise in a unique way, as opposed to running on the hotel treadmill for an hour. This is a great opportunity for St. Louis considering there are so many great neighborhoods to see. One run could be spent touring downtown, the next Forest Park, the Next Historic St. Charles, and the list goes on. 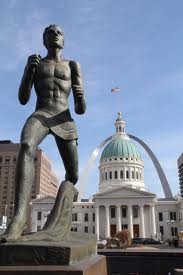 3. It’s a great job opportunity. If you’ve lived in St. Louis for some years and like to stay physically fit, this could be your full-time job, or a side job to earn some extra money (and they say tips are greatly appreciated). The tours are rain or shine and all throughout the year, so you’d have a job all year long.

We host so many runs all throughout the year. I mean we practically have a run for every occasion. Want to drink a beer? We have multiple runs to go with it. Want to dress up in a silly costume? You can run and dress up at the same time! Love chocolate? Run to the candy store and then eat your chocolate medal! Then there’s the Komen Race for The Cure, The Color Run, Halloween Run, Cupcake Run…it’s crazy. We also have a plethora of running clubs which run all over the city daily, so I know St. Louis has a love of running. Sometimes we lag behind when it comes to living like a big city, but we are the home of the St. Louis Cardinals, a rapidly growing start-up scene, and a downtown that is going through an amazing revitalization, and this is one business venture that will be great for both our residents and our tourists.

Michael Gazela is a genius, and I wish this had been my idea. So who wants to be the genius of St. Louis and give us the Number 12 slot on the list of major cities with running tours?

This Weekend in St. Louis Ryan 812 days ago.