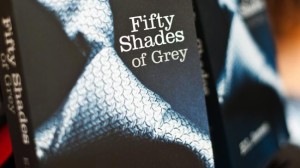 The long awaited announcement has been posted about who will play Christian Grey and Anastasia Steele in Fifty Shades of Grey, set to be released on August 1st, 2014. I personally have been stalking every gossip page waiting to see who it will be. I read last week that the audience was going to be surprised by the casting choice. Apparently it is not the obvious pick due to several things: actors already committed to other jobs, timing of the filming, and on-camera chemistry. Right then and there is when I realized my hopes of seeing Matt Bomer as Christian Grey were probably out the window.

Then finally I see a twitter post announcing Christian and Anastasia. At first I was shocked because I didn’t even know who Dakota Johnson and Charlie Hunnam were, plus these are not the faces I envisioned to play these characters for so long. I am excited to see some new faces play such big roles, and I heard that their on-screen chemistry was absolutely amazing.

E.L. James reportedly admitted that Robert Pattinson was her first choice. She originally wrote Fifty Shades of Grey as a spin-off of the Twilight series. She said she always envisioned Bella and Edward as Christian and Anastasia. When the book was set to release, she changed the characters’ names to Christian and Anastasia and broke it into three parts.

Then, a week later, Charlie backs out of the movie, and yesterday, it was released that Jamie Dornan has accepted the role. Jamie is no stranger to looking sexy (including wearing very little clothing) and has even played a serial killer, giving him experience with serious roles.

I think this cast change, with Dakota Johnson and Jamie Dornan as Christian and Anastasia, will eventually win over the audience as the movie release nears. At first people were not happy with Robert Pattinson being Edward in Twilight, but he ended up winning them over. I think the same thing will happen here.

Melanie Griffith recently tweeted how excited she was that her daughter was playing Anastasia Steele. It sounds like Twitter is the happening place to go to find out all the good updates on 50 Shades.

If you haven’t read Fifty Shades of Grey yet, there’s still time plenty of time.

How do you feel about the casting of Christian and Anastasia? 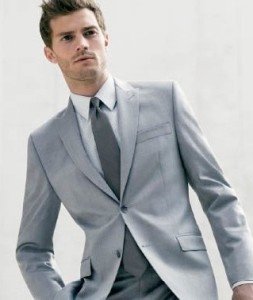 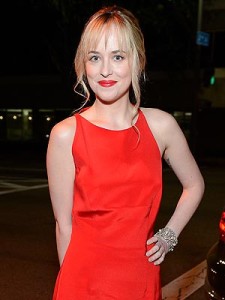 Photos compliments of people.com and usatoday.com

Ariene is a Texas-raised country girl turned St. Louis city girl that loves to knit, cook, bake, do crafts, anything Martha Stewart like, and addicted to Pinterest. She is also a proud mom that often pretends she has her own cooking show.