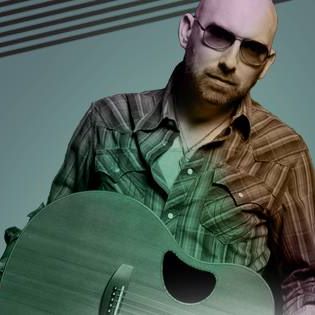 Georgia-based Corey Smith rolls into town this Saturday to play The Pageant.The former high school history teacher plays St. Louis at least once and year and the crowds only get bigger each time. The Railers will open the show at 8 pm on Saturday night. Tickets are $17.50 in advance or $20 at the door.

While Corey is currently working on his ninth album, I had never heard of him until three or four years ago when I happened to read a small snippet about him in the Riverfront Times. Since then, I’ve been to four or five shows of his. I’m always amazed that every single person in the audience seems to know 90% of the lyrics, but none of his songs are heard regularly if at all on area radio stations.

After graduating college, Smith married his college sweetheart and settled into married life in Athens, Georgia less than a mile from where he grew up. He started teaching high school and kept playing some small local shows as a side project. He made three albums while still teaching. His most popular song to date, “Twenty One” was on his debut album.

According to his website, in a five-year span after quitting his day job to focus on music, Smth played more than 700 shows across the country where he sold over 700,000 tickets and grossed $9 million in revenue. Pretty big numbers for a guy who is as self-made as any musician out there. Corey sold out the Georgia Theatre in Athens, Georgia the first time he played there back in December of 2005.  A well-respected local band, the Zac Brown Band, opened for him that night.

Here’s a look at some songs that are sure to be played on Saturday night.

“Drinking Again”
“If I Could Do It Again”
“Carolina”
“Maybe Next Year”
Other songs you should check out before Saturday are “Let Me Love You On A Backroad”, “Po-Po”, “When The Sun Goes Down In Georgia” and “I Love Black People”. Also be sure to brush up on the “Chattanooga Incident“.

The Railers were previously known as Tin Cup Gypsy before changing their name back in April when they signed with Warner Music Nashville.  The Railers are made up of brothers Jordan and Jonathan Lawson, signer Cassandra Lawson and drummer Tyler Oban. The brothers grew up in rural Missouri before meeting Cassandra in Arizona and moving to Nashville in 2002 to pursue their musical dreams.  Cassandra and Jonathon married in 2008.

Not sure exactly the title of this song, but I think it’s called “That’s How You Make Love”

Doors open at 7 pm this Saturday at The Pageant. The Railers take the stage at 8 pm. Tickets for the show are $20 at the door or may be purchased in advance.

Photo credit to The Pageant