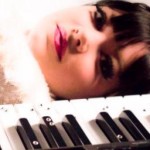 If you’ve been following the Real Life STL scene since the beginning, you may remember when we first spoke to Lydia Vaughan. No? Well it was right after she came out with the music video for her first single “Speechless.”

Well, it’s been just over a year since that single and Lydia has written and recorded several other amazing songs, including her newest “Wrong Love.”

So it comes as no surprise that she’s joining the concert scene. And we are so excited to announce that she’s performing her first big show as the headliner at The Merge on August 16th. She said she’ll be doing “mostly originals, although I might throw a cover or two in there for fun. My set is going to be a mixture of acoustic and full band, so there will be some variety.” Lydia will be performing with two other talented singer/songwriters, Lindsey & Katie Monoc, for what is sure to be a great show!

Lindsey and Katie Monoc are two sisters in high school with amazing songwriting skills and beautiful voices. Here they are singing an original, “Words of the Apologetics.”

All of these girls are amazingly talented. I’m sure after hearing them perform live, you’ll become instant fans. Their songs are on Amazon, iTunes, and YouTube so you can still listen to them after the concert is over.

And here’s the big surprise. The tickets are only $10, but if you liked what you heard from the videos above and want to attend the concert to hear more, let us know in the comment section and we’ll give you a free ticket to the show!   *limited availability

This Weekend in St. Louis Ryan 804 days ago.

This Weekend in St. Louis Ryan 805 days ago.