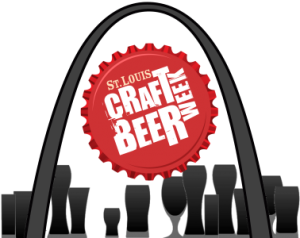 There are many things in St. Louis to celebrate. If anything is worthy of a full week in its honor, it’s definitely our town’s craft beer scene. Actually, our scene is so great that it can’t even fit in a week. St. Louis Craft Beer Week starts Saturday, July 27 and ends with a festival on Sunday, August 4. This year marks the fifth year of the event, which has exploded in the last couple of years. The first week, in 2009, featured 20 events over the eight days of the celebration. This year’s event plays host to over 80 separate events.

Per tradition, the week kicks off at 33 Wine Bar in Lafayette Square. Wondering why a week-long celebration of craft beer holds its first event at a wine bar? Get over yourself. 33 is widely known to have one of the best beer menus in the area to go along with its wine selection. The B33r and Brats event was one of the original STLCBW events held on May 30, 2009.  The event is free and open to the public, but bring cash for brats and beer.

Another big event happening Saturday is the Midwest Belgian Beer Festival at Perennial Artisan Ales.  The ticket price of $50 may seem steep at first but keep in mind that includes food from Farmhaus and Strange Donuts in addition to a sampling glass that you can fill with unlimited samples from 40 different breweries. That list includes local favorites like Perennial, 4 Hands and Square One as well as Goose Island, Avery and Stillwater. Side Project Brewing will also be pouring at the event. Side Project is well, the side  or “gypsy brewery” project of Cory King, Perennial’s head brewer. King’s story is as local as they come. He was homebrewing while living behind the Soulard location of International Tap House, where he was a manager. Phil Wymore then tapped him to be Perennial’s head brewer and next thing St. Louis knew, one of King’s beers at Perennial received a score of 100 from BeerAdvocate.com

International Tap House, “St. Louis’ Beer Bar”, has multiple events spread amongst their three area locations. iTap’s events start on Monday with the tapping of O’Fallon Brewery’s Vanilla Bourbon Pumpkin cask.  It’s annually one of St. Louis’ best pumpkin beers, but this time it is brewed with vanilla beans from a St. Charles area spice shop and aged in a bourbon barrel. It should be amazing and it is happening at the beautiful iTap CWE that I visited recently. Over the course of the week you can attend several “Keep The Glass” nights at their locations and stock your cabinets. Here’s a handy list of all of their events that they put together, as tweeted by @StlCraftBeerWeek.

Are you interested in making your own high-quality brews? STLCBW gives you the opportunity to talk to some of the leaders in the area. You will find that this group is full of some of the finest human beings known to mankind. Sunday, July 28, Schlafly Bottleworks hosts the annual Henry Herbst Memorial Craft Beer Symposium. Cory King and Matt Murphy (Schlafly) are the featured speakers. Flying Saucer is hosting “Brewer’s Table” events each night from 6p-8p where they are bringing in the folks from a different local craft establishment each night to talk about their beers. Jeremy Moynier of Stone Brewing will be in town on Friday from San Diego to talk about the things he is doing out on the coast.

Urban Chestnut Brewing Company will be screening “Crafting A Nation”, a beer documentary that was shot partly in St. Louis, on Thursday. MX Movies recently hosted the St. Louis premiere of the movie. Here’s the trailer.

Beer dinners are also being hosted at various locations throughout the week. Pastaria, Libertine, Mango and Range all have come up with unique menus to offer during the week and complement the great beer being poured. Check the STLCBW website for more details.

Next week is not the week to go on a diet. Check out what people in the local Twitter universe are most excited for about #STLCBW:

Volume #1 in the wood series will be released Tuesday July 30th at 3PM. The label is actually made out of wood! pic.twitter.com/5LGnVIsKxD

Be sure to get out and enjoy as many events as you can. As always, do so responsibly.

This Weekend in St. Louis Ryan 884 days ago.