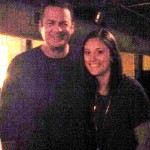 As most of my friends know, and anyone who read my post: ‘Celebrity Fans Be Trippin‘, I have a somewhat weird obsession about meeting celebrities…even the not-so-famous ones. That being said, it’s clear that I may not be the best person to meet or host interviews with those with any kind of celebrity status. However, I was recently given the opportunity to do a phone interview and meet comedian Mark Sweeney during his stand-up show at The Dubliner. While Mark doesn’t necessarily have Lady Gaga/Justin Bieber status, I was still very excited to meet him and was not about to leave that show without snagging a picture with him first. After meeting him I realized I’ve accumulated what I consider to be a pretty cool ‘Celebrities I Have Met’ list, considering I mostly grew up in Belleville, IL and have very little travel experience under my belt (most of which has been to Wisconsin and Arkansas for family visits). Here it is in all of it’s awesome glory: 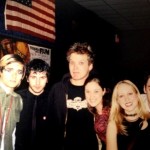 Celebrities I have met:

Jared Leto (and 30 Seconds to Mars) 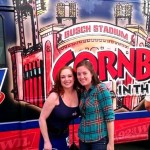 Adam Levine (Ok, I didn’t actually meet him, but I was very close to the stage)

Allison Krauss (While we weren’t introduced, I did say bye to her as she was leaving a restaurant)

While I am pretty proud of my list so far, I am also now determined to continue to meet celebrities whenever the chance presents itself. I recently attended the STL Uncorked Festival where Hanson performed. While I didn’t get to meet them, I’m not going to lie, I did go a bit mean girls style pushing my way as close to the stage as I could get to snap a close-up picture, which didn’t turn out as well as I hoped. But no worries, I’ve added them to my new list: 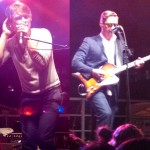 Celebrities to meet before I die: 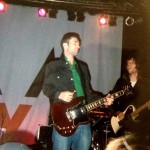 Duane Chapman aka “Dog” and Family 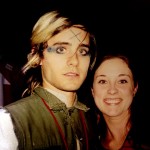 Ok, so my list is kind of long, and pretty unlikely, but you never know…

What awesome celebrity have you met or do you want to meet before you die?