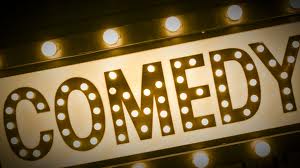 There’s so much going on in the comedy world right now. “Hangover III” just came out in theaters and YouTube hosted Comedy Week last week, which was kind of overwhelming but awesome at the same time. The apocalyptic comedy “This Is The End” is being released in theaters on June 12th. And finally, as local comedy goes, I just found out about a weekly comedy series that The Dubliner in downtown St. Louis has been hosting since late 2012. They bring in both local St. Louis and nationally known comedians, such as John Camponera, every Friday & Saturday night.

So in the spirit of comedy, and because my favorite comedy shows have either just ended (The Office) or just had their season finales, leaving me sad and in need of some comic relief, I put together a list of my favorite comedians and some of my favorite things they’ve done (in no particular order).

Nick Swardson aka Terry The Informant aka DDR Jeff: I first saw Nick Swardson in Grandma’s Boy and when he rocked Dance Dance Revolution, I was sold. He also played Terry, the hilarious gigolo on Reno 911. I often get bored with stand-up, but with Nick (and my other favorites), I could watch stand-up all day and love every minute of it. Here ‘s the DDR scene:

Jim Gaffigan: I’m not going to lie, I did not find him on my own. In fact, I remember seeing him on My Boys, a t.v. show that ended in 2009, and I tried to get into it but just found it boring. Then I was introduced to his stand-up. He talks about food a lot in his stand-up: Hot Pockets, Cinnabon, bacon, all foods that I love. I also follow him on Facebook and am amused daily by his jokes about his kids. My favorite skit from him, and actually of all stand-up, is this:

Steve Harvey: While Steve technically retired from stand-up comedy last year, I still see him do stand-up every time I watch Family Feud. And while I’m not even sure I could pick a best of Steve Harvey clip because I laugh at everything that comes out of his mouth, this one relates to Family Feud and is from his August 2012 Grand Finale Performance, which is a must-see.

John C. Reilly aka Dr. Steve Brule: From “Talladega Nights” to “Walk Hard” to “Step Brothers,” he’s comedy gold. But what’s even better are his skits as Dr. Steve Brule. Those were the good old days. Everyone should live by Brule’s Rules. Brule on Cool, Brule on Sushi, Brule on anything just makes me smile. My favorite Brule clip and I think the funniest thing I’ve ever seen from John C. Reilly is ‘For Your Wine.’

Chelsea Handler: I know what most of you are thinking…really? And yes is my answer. I’ve been hooked on Chelsea since the first time I saw her on Chelsea Lately. I rarely enjoy women stand-up comedians, which I know they struggle and I should support them, but I usually don’t find them funny. Chelsea’s rebellious behavior, witty sarcasm and nonchalant attitude are exactly everything I love about her. I’ve read all 3 of her books

and laughed until I cried. Here’s an oldie but goodie on having babies:

Patton Oswalt: I honestly don’t know what it is about him that I love. It’s like before you even recognize him as a comedian, you just know he’s funny. He’s not over the top; it’s simply his delivery. He knows what to say and how to say it and it gets a laugh every time. It also doesn’t hurt that he says funny stuff about food, which for some reason, I always laugh about.

Mindy Kaling: The second woman comedian who I find truly funny no matter what comes out of her mouth. I love her book, I love watching her do interviews and I love her show, The Mindy Project, which just finished it’s 1st season. If you haven’t seen it, jump on Hulu and catch up before season 2 begins. I rarely like to watch t.v. episodes or movies more than once, but I will watch The Mindy Project episodes several times and still laugh at the craziness. She’s an excellent writer and comedian and she rocks! And it’s very hard to pick a favorite Mindy Project clip but here’s a little preview:

Aziz Ansari: Most people know him as Tom Haverford from Parks and Recreation. If you don’t know him from that, that must mean you don’t watch Parks and Rec, which is your first mistake. However, he is also an amazing stand-up comedian and while I missed him when he came to St. Louis last year, I am now stalking his Twitter, Facebook and website and waiting impatiently for him to come back. You must check out his stand-up special Dangerously Delicious. It’s only $5. Here he is in my favorite episode of Parks and Rec:

Aziz is also in the new comedy ‘This Is The End’, which is coming to theaters June 12th, along with an amazing cast of hilarious actors: Seth Rogen, Jonah Hill, Michael Cera, Mindy Kaling, Danny McBride and Craig Robinson (Darryl from The Office). It’s an apocalyptic comedy. Normally anything dealing with apocalypse, alien life, etc would have me tuning out within seconds. However, this movie, with it’s full cast of amazing comedians and other stars like Emma Watson and Rihanna, has me counting down the days. Check out the trailer:

And finally, this list wouldn’t be complete without a shout-out to the late, great Bernie Mac. I used to watch the Kings of Comedy on repeat and sometimes I get a craving for my favorite clip from Bernie, “Milk and Cookies.” I’ve never heard anything funnier and I probably never will.